Here's a look at the best scenes from this Mahesh Manjrekar directional. More details inside! 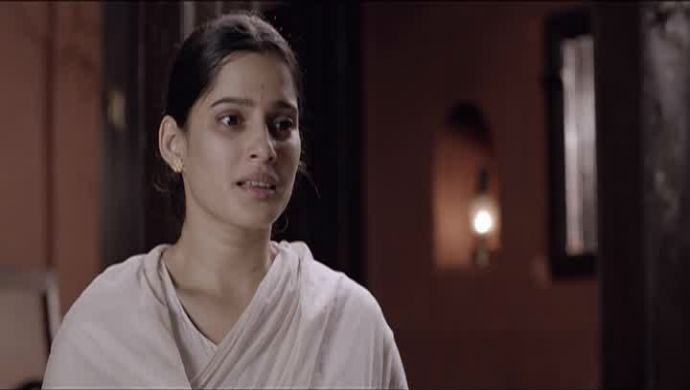 Kaksparsh starring Priya Bapat and Sachin Khedekar in lead roles is a tragic tale about a complicated relationship between Uma (Priya) and Hari (Sachin), who are brother and sister-in-law. The film tells the story of a young Uma who gets married off to Mahadev (Abhijit Kelkar) and her world turns upside down when he passes away on the night of consummating their marriage. Here on, we are taken on a journey of how Uma is protected by her brother-in-law Hari, from orthodox Brahmin traditions against widows.

Kaksparsh sheds light on many factors such as love, relationships and the atrocities that widows in the pre-independence era were subjected to. The film boasts of several gripping scenes and here are 5 of the best ones.

1. When Hari and Uma meet each other for the first time

In this scene, Hari comes to have a look at Uma for his younger brother Mahadev. But it’s evident that he is smitten by her innocence and beauty. Later, it is discovered that Uma too noticed Hari instead of Mahadev, thinking that she will be marrying him! She is then told about Mahadev and the conversation in this scene is cute and funny.

After Mahadev died, Uma was forced into shaving her head, as per tradition. In this scene, she is pulled out by her family members and manhandled, when Hari walks in and orders them to leave her alone. Here, you realise that Hari has a soft corner for Uma, as a traditional man like him went against the norms to protect her.

This is one of the most significant scenes in the film. At Mahadev’s funeral, Hari is supposed to perform the Kaksparsh ceremony, which involves speaking to the Gods and inviting crows to feast upon food offered to them. They say that only after the crow has eaten, can a dead body’s soul depart in peace. At Mahadev’s funeral, there’s no crow in sight. But Hari whispers something to the Gods and the next second, a crow comes and starts eating the food. One only learns at the end of the film about what Hari told the Gods and that’s worth the wait!

Uma never got to consummate her marriage and was always curious about what it would have been like. She hears two people having intercourse and feels satisfied. This scene is beautiful as you get to empathise with her and understand her longing.

Uma is scared about her future and the orthodox traditions that she is being forced to follow. She turns to Hari for comfort and he hugs and consoles her. This scene is heartwarming as the their love for each other is evident and you realise that they are more than brother and sister-in-law.

Watch the film above and tell us about your favourite scene, in the comments section below.

Watch Priya Bapat's Film Vazandar That Has An Important Message That Will Resonate With You!

Like Team Saajana, 5 Rainy Day Snacks That You Should Indulge In This Season!