These places are not meant for the weak souls. 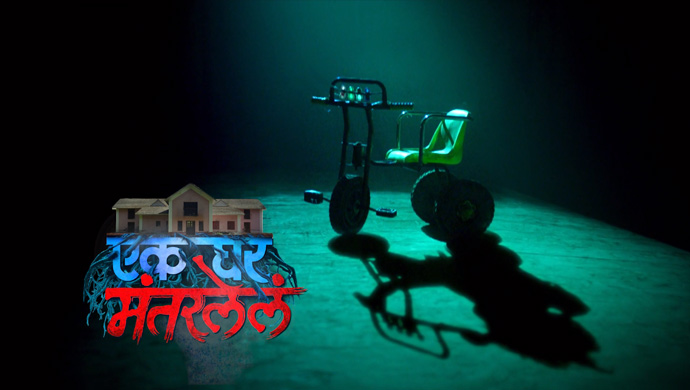 After watching Ek Ghar Mantarlela, our belief in ghosts has gone from zero to 100. Even thinking about their mere existence gives us goosebumps. But, unlike us, there are a majority of people who are curious to know more about paranormal forces after watching this horror show on Zee Yuva. If you are one of them, then, you ought to check out these haunted places whose claim to fame has been through their eeriness.

Before you proceed, watch the episode of Ek Ghar Mantarlela below:

You got that right, this place served a solid inspiration behind Farah Khan’s superhit movie Om Shanti Om. According to the true accident, this mill was destroyed in the fire incident back in the 1870s. Thousands of people had to lose their life during this unfortunate accident. Following this incident, the mill became infamous as many shooting schedules had to be shut down due to the crew’s discomfort while shooting in this location.

Amongst the many famous dares, one is to bravely venture out in Aarey at night. This lush green space, heaven for fitness freaks, is also one of the most haunted places in Mumbai. According to the folklore, you will see footmarks in the mud disappearing all the sudden. In another one of the rumours, there is a lady and child who will ask you for a lift. But, they both will suddenly disappear.

If you are into stories that will give you sleepless nights in a row, then, you should hear the tale of Pawan Hans. In this locality, a young girl set herself ablaze. It is said, this lady’s ghost still haunts this place as witnessed by many locals in the region. Just to prevent this spooky activity, the people have also built Lord Hanuman’s temple.

Till today, the walls of Shaniwar Wada sing the majestic Peshwai history which met its end in 1818. If the rumours are to believed, you will hear the sad screams of a young monarch who was brutally murdered in this palace. This scream says ‘Kaka Mala Vachava’ which is heard as clear as day. Given these paranormal activities, visitors are strictly prohibited from venturing inside it after 6.30 pm.

Just like Shaniwar Wada, even Sinhagad Fort has seen the worst. Having witnessed so many wars, you will hear many cries of the soldiers who laid their lives in this property. Along with that, you will also hear the screams of children who died after their bus met an accident in this spot.

After reading this, which of the above places are you planning to visit? Let us know your thought in the comments below.

For more entertainment, check out the latest TV shows streaming free on ZEE5.

4 Reasons Why Phulpakhru's Manas And Sameer Give Ultimate Friendship Goals!