The easiest way to impress these actors is through getting them a toy for their pets! 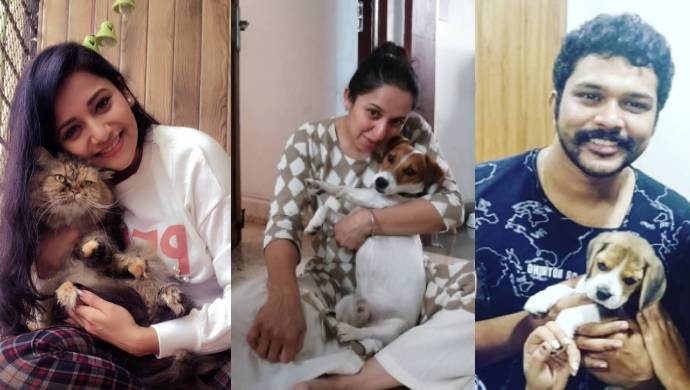 Have you ever melted seeing the innocence in eyes of a puppy or a kitten? Have you ever binged on animal videos to entertain yourself? After reading this, the animal-lover inside you must be nodding enthusiastically. The best part is even your favourite celebrities of Zee Yuva can help but love the furry animals around them. The list includes actors from Suyash Tilak of Ek Ghar Mantarlela to Ajinkya Nanaware of Saajana. Have a look!

Before you proceed, watch an episode of Saajana below:

We have loved watching Jui essaying Meenakshi’s role in the crime thriller, Vartul. But, did you know the famous actress is also a cat-lady in real life? You will be shocked to know the actress is the mother of many Persian cats whom she loves dearly.

You might remember her in Geeta’s character from the superhit show Baapmanus. She impressed us with her acting and regal avatar. However, little do the fans know, that Shruti is an absolute feline and dog lover! She has often documented her love for animals on her Instagram.

Thanks for being my constant in this chaotic world ❤️❤️❤️

Ajinkya’s personality in real life is a stark contrast to his character in Saajana. In the show, he is shown as a brash spoilt kid who supports Ankush Bhau. In real life, our onscreen Rajkumar is a proud owner of a cocker spaniel.

It doesn’t take a fan, to know Suyash Tilak’s affection for animals as it is widely documented. The Ek Ghar Mantarlela actor is an environmentalist and a father of a baby beagle named Murphy. Even prior to getting Murphy, the actor has strongly advocated saving nature and protecting animals.

The actress is popularly known as Baisaheb to the fans of Saajana. The beautiful and ever-glowing Baisaheb is a dog lover and owner. Pradnya also loves feeding the stray dogs on the sets of the show!

Do you have pets at home? Tells us your thoughts in the comments section.

Watch The Struggle Of Chaphekar Brothers In India During The British Rule On ZEE5!

Phulpakhru 17 August 2019 Preview: Will Sameer Pay A Price For Answering Back To Revati?

Gondya Ala Re: 5 Facts You Need To Know About Damodar Chapekar, Played By Bhushan Pradhan