Shweta Shinde's eyes are her best feature and these pictures are proof! 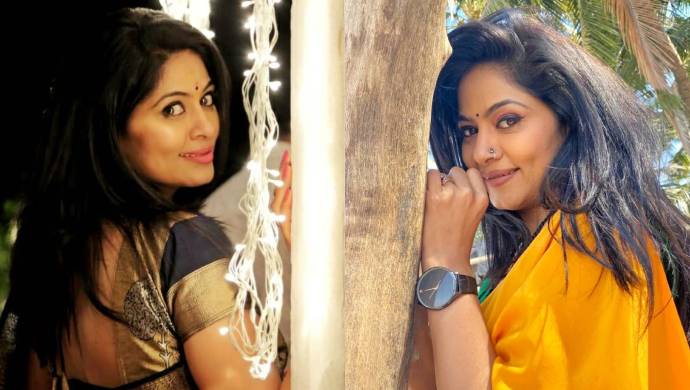 Shweta Shinde plays the role of Dr. Monica in the show Doctor Don, also starring the protagonist Devdutt Nage who plays Deva. In the show, Monica is the dean of the college in which Deva is a student. The two share a special bond and we can’t blame Deva for having the hots for her as Monica is the most glamorous dean anyone could have! Much like her on-screen character, Shweta keeps herself fit and well-groomed in real life and we admire her for that. But when it comes to the best feature of this beautiful actress, it is undoubtedly her eyes! The actress has super expressive eyes and if you don’t agree with us, take a look at the pictures below.

You can also watch an episode of Doctor Don here.

Recently, Shweta posted a picture on her social media and she captioned it writing, “Eyes the doorway to heart, where the love resides,” and we could not agree more!

Eyes, the doorway to heart, the place where love resides…😉

The doe-eyed beauty has eyes that light up and make her face look bright and beautiful!

It is the month of June, pleasant sights salute the eyes and pleasant scents the noses😇

Kajal helps in making one’s eyes look bigger, brighter and that is certainly the case with Shweta in this picture. Agreed?

The actress and her eyes look so pretty that they become the focal point of every single picture that she’s in!

When you possess light within, you see it externally…😉

Shweta has brown coloured eyes and is endowed with thick eyebrows to make them look even prettier!

Beauty is in the way you hold yourself. ✨

Well, do you agree now that Shweta Shinde has the most perfect eyes? Comment below!

Shweta Shinde And Her Daughter Are Geared Up To Fight Coronavirus, Are You?…

Get all the live updates on Coronavirus on ZEE5 News Section

Watch Parmanu The Story Of Pokhran On ZEE5