After reading this, give your grandparents a tight hug! 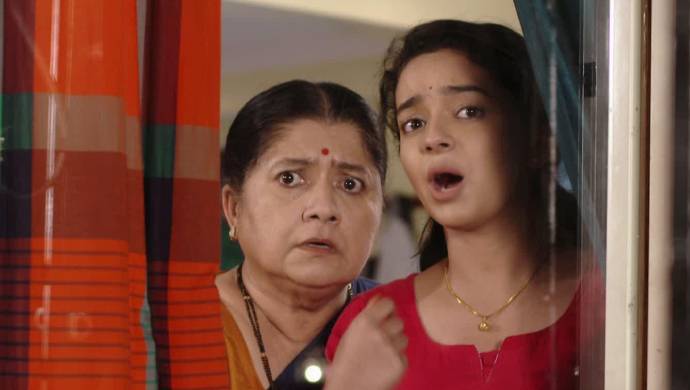 One of our favourite reasons to watch Almost Sufal Sampoorna is Sai’s Ajji. She is always seen calming an angry Appa while taking care of the rest of the family. If it wasn’t for her, Appa’s anger issues could have been worse. We simply can’t stop loving her as she reminds us of our grandparents. Looking at Ajji, we realised that all the grandparents have the same sentiments about their grandchildren. So, here’s a tribute to her and all the lovely grandparents without whom we would be nothing.

Watch the latest episode of Almost Sufal Sampoorna below:

1. She has wise lessons

The greys on their head symbolise that our grandparents are wiser and more intelligent than us. Sai’s Ajji has all the right things to say when Appa is angry. She knows whether or not to interfere when he is fighting with someone.

2. She showers everyone with treats

Going to our grandparents’ house, it is assured that we will put on a kilo or two after eating the delicious food our grandmother makes. When Nachiket became Ketkar family’s neighbour, he couldn’t cook and had order food from outside. Understanding Nachiket’s plight, Sai’s Ajji sent homemade food for him without telling anyone in the house.

3. She is full of innocence

Our grandmother will see the best in everyone without any spite. Even though Appa fought with Nachiket, Sai’s Ajji didn’t get furious at the latter. Instead, she understood his situation of coming to a foreign land and staying in a house with no water.

Being the oldest in the family, our grandmother will treat everyone like her child no matter how old we grow. In a kitchen, Ajji made Sai forcefully make extra food for Nachiket. She didn’t differentiate between him and Sai and showered her love on a stranger.

5. She has stories to tell

Our stays at grandmother’s house aren’t complete without hearing the stories about their youth. They will reminisce the golden era while smilingly telling us about the highs and lows of their life. We bet even Sai has been a witness to grandmother’s tales.

What do you think about the above points? Let us know in the comments below if you want to add more to it.

Phulpakhru: How Can Tanya Start Being Happy After Her Break-Up With Sameer?