Here's why you should watch this Ravi Jadhav directional. Details inside! 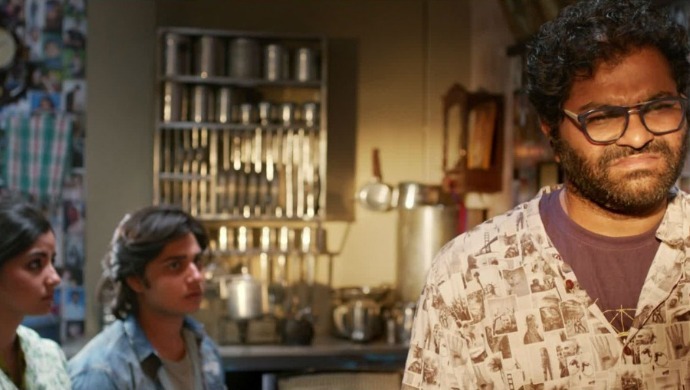 There’s nothing like a entertaining movie to help you unwind after a hard day’s work, is there? Ravi Jadhav’s Rampaat assures that you laugh and have the time of your life. The film starring Abhinay Berde and Kashmira Pardeshi tells the story of two youngsters Mithun and Munni who come to Mumbai to become actors.
Watch the trailer of the film below:
Here are five reasons why you should definitely watch this film:
1. Entertainment, entertainment, entertainment
Remember Vidya Balan’s iconic dialogue from Dirty Picture? She states that all the public wants is entertainment and Rampaat meets the people’s demands and how! This film is the typical masaledaar one, that viewers would like to watch for a sense of escapism. It has dance, music, drama and glamour. What else do you need, eh?
2. A new jodi on the block
One major factor that pulls audiences to theatres is a fresh pairing. This is the first time we’ll see Abhinay and Kashmira’s jodi on screen. And it’s even more exciting because Rampaat is Kashmira’s debut. So will impress you guys? Watch and find out.
3. It’s all about the drama
Rampaat is a kind of film that demands exaggerated performances due to it’s dramatic quotient. Abhinay and Kashmira nail it and give memorable performances, that will make your time worthwhile.
4. The relatibility factor
Many of us have come to Mumbai from small towns to make it big in life, right? Mithun and Munni are no different and their struggle is pretty relatable. This factor makes the film endearing.
5. Ravi in the house
This is the first time Ravi has explored with such an out and out commercial film. So it would be interesting to know how well he has explored this genre, right? But knowing the director’s talent, we know he won’t disappoint!
Stay tuned for the film’s release here and post your thoughts in the comments section below! For more entertainment, check out the collection of fun Marathi films on ZEE5 here.

Doctor Don's Deva And Monica To Have A Virtual Date Today On Instagram! Find Out Details