We bet you'll agree with point #5. 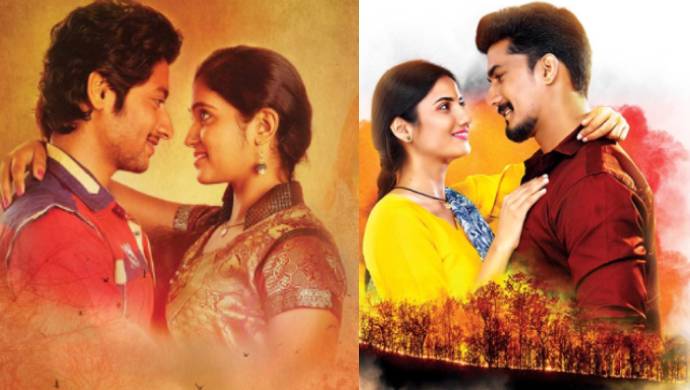 It’s not been a while since Saajana launched on Zee Yuva, the show is already picking up mileage amongst the loyal audience. You could blame this on the atmosphere of the show along with the impressive acting by its cast. However, after watching this serial, we couldn’t help but think about the superhit movie Sairat. Not only is there a striking similarity between the two posters, we could help but see a resemblance in other things. On that note, let’s have a look at the points which proves Saajana and Sairat are long distance cousins.

Before you proceed, watch Saajana below:

We can’t help but be reminded of Sairat after seeing the lush green fields and thatched roofs of the houses in the village shown in Saajana. Remember, how Archie and Prashya’s love story bloomed in a similar setting like the one shown in this Marathi TV show!

The differences in the caste became a setback in Archie and Parshya’s relationship. Similarly, in Saajana too, we will soon be seeing Abhijeet Shwetchandra and Pooja Barari‘s characters facing the drama.

Along with caste differences, follow the financial differences between the leads of Saajana. It’s no secret, in Sairat, Archie belonged to a privileged rich family while Parshya came from a lower class household. Unlike Archie and Parshya, we hope the Saajana couple grows old together.

One of the reasons why Sairat became a super duper hit because the main cast were young talents picked for their impressive acting ability. In Saajana, Abhijeet and Pooja, too, are freshly minted artists who will be making us fall in love with them soon enough.

Although Sairat didn’t have a villain per se, Archie’s brother was portrayed as the antagonist who lived a privileged life. Similarly, in this serial, we have Rama’s brother who is a troublemaker in the village.

Do you agree with our thoughts? Let us know in the comments below.

Phulpakhru 6 September 2019 Written Update: Why Is Vaidehi Worried About Manas?