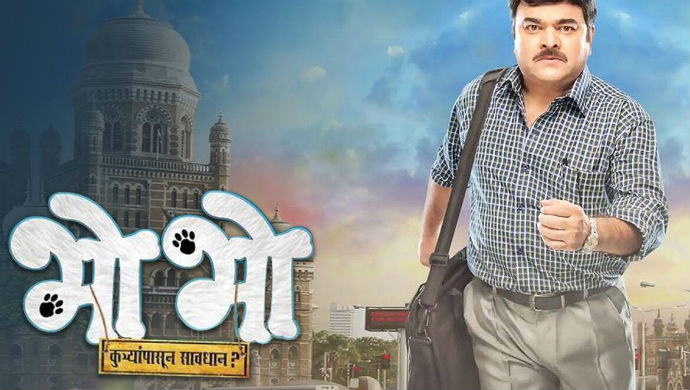 It’s the era of content driven cinema and if you’re a fan of good stories, then Bho Bho will suit your taste. Directed by Bharat Gaikwad, this murder mystery film features Prashant Damle and Subodh Bhave in lead roles. The film has exclusively released on ZEE5 and presents Prashant in a never-seen-before avatar. We look at 5 reasons why Bho Bho should be the next pick for your weekend-watch list!

Bho Bho tells the story of a woman who is murdered and in a bizarre turn of events, its her dog Sandy who is a suspect! The adorable Labrador is perceived as a violent pooch and there’s a theory that he attacked and killed his owner in a fit of rage. A detective is then sent to solve this strange and unique murder mystery.

2. A never seen before avatar of Prashant

Though Prashant has been seen in comic roles before, his whole new avatar as detective Venkatesh Bhonde is engaging and refreshing. He provides a perfect combination of serious and funny and is a pleasure to watch on screen.

Given that Prashant is outlandish as detective Bhonde and Subodh the intelligent husband of the murder victim, you can only imagine what conversations the two must be having. The characters have a hard time getting along and that’s hilarious to watch!

4. A perfect mix of humour and mystery

Usually a murder mystery film is serious in nature but Bho Bho provides one with a tinge of humour in it. The perfect mix of the two genres makes Bho Bho a unique watch.

5. A treat for all dog lovers

Well, if you love dogs, you will be introduced to many scenes where Sandy takes center stage. And all that cuteness is simply worth it!

PAWfect Dog Breeds To Adopt According To Your Personality

Watch Bho Bho and post your views in the comments section below.

Saajana: Will Rama Impress Raosaheb With Her Social Work?