Bored of daily soaps? We give you reasons why you should watch the popular Marathi sitcom, Dil Dosti Duniyadaari! 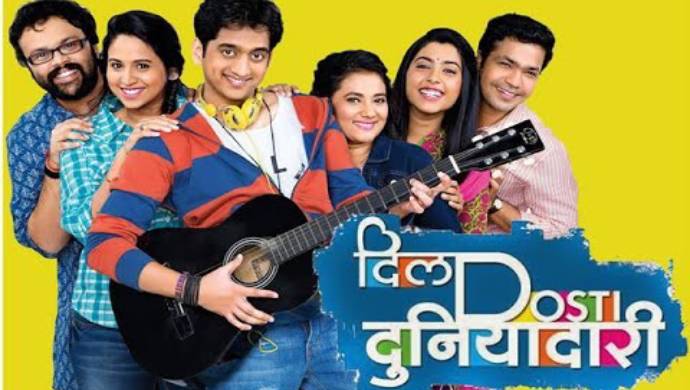 Dil Dosti Duniyadaari is a comedy-drama starring Sakhi Gokhale, Amey Wagh, Suvrat Joshi, Pushkaraj Chirputkar, Swati Gokhle, and Swanandi Tikekar. The show first aired in the year 2015 but is still remembered as one of the most popular youth shows to date. Though it has ended, you can still watch all the episodes streaming exclusively on ZEE5. Dil Dosti Duniyadaari is a story of six youngsters whose fate brings them to Mumbai where they share a flat as well as their journeys. They go through the ups and downs together and become each other’s family, away from home. This group of friends will take you through a journey filled with fun, laughter, and drama. Here are five reasons why you must revisit this sitcom.

1. A perfect blend of characters

Each character in the show is unique in its own way. We are sure that you can relate to at least one of the six characters. In this mad bunch, we have the studious and workaholic Sujay, the spirited Minal, the introvert Reshma, the naive soul Ana, the push over Ashu is always catering to his possessive girlfriend and the charming Kaivalya, who doesn’t bother about what the world thinks of him.

2. The show has a nostalgic element to it

Dil Dosti Duniyadari is packed with humour and sarcasm that you can easily relate to. The characters of this sitcom are fresh young faces and the storyline depicts incidents that all youngsters go through at some point in their lives. The serial has a nostalgic element to it that will make you recall your young days with your pals.

3. Spectacular performances by the star cast

The actors have done justice to their characters and have played their respective parts with a lot of ease. Be it the quirky puns, funny references, nerdiness or sarcastic punches, the cast has pulled it all off perfectly. The natural casualness and frankness among the young generation has been perfectly showcased by the actors.

4. The show is extremely relatable

The six friends live under one roof and one can only imagine how tough that can be when each person has different qualities and ideologies towards life. The characters’ journeys are extremely relatable, especially to the youth. Unlike the typical dramatic daily soaps where every situation is exaggerated, Dil Dosti Duniyadaari is a breath of fresh air as it’s realistic.

5. The show has a great recall value

Dil Dosti Duniyadari has some hilarious and emotional scenes that will stay with you. The show has a great recall value as it’s a sitcom that you can watch repeatedly.

What are your fondest memories with your buddies? Let us know in the comments section below!

Get all the live updates on Coronavirus o

Khupte Tithe Gupte: 5 Fun Secrets That Mahesh Manjrekar And Medha Spilled About Each Other