This Amol Gole directional is a heartwarming tale about greed and relationships. More details inside! 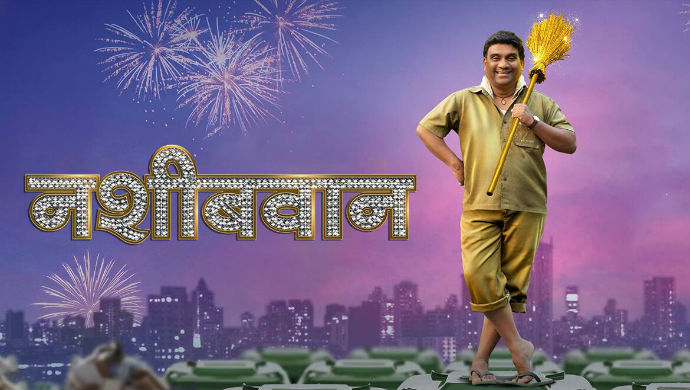 ‘Paisa hai toh sab kuch hai (If you have money, you have everything)’ goes the common saying, and Babanrao couldn’t agree more. The municipal sweeper is a dreamer and is never satisfied with what he has. He wants more money, a bigger house, a better life, so on and so forth. The character’s journey is what we see in Nashibvaan, directed by Amol Gole. Starring Bhau Kadam as the lead character, this film tells a heartwarming tale about ambitions, relationships and greed.

Watch the promo of the film here.

Here are five reasons why you should watch Nashibvaan:

The actor is mostly known for his comic acts, specifically in Zee Marathi’s hit show Chala Hawa Yeu Dya. But Bhau Kadam is pulled out of his comfort zone as he aces the role of a municipal sweeper, battling with poverty and discrimination. He is endearing in the role and will convince you with his powerful act.

Nashibvaan tells the story of a sweeper Babanrao, whose life changes when he chances upon tonnes of money. The film provides a flip side into what a lot of money can do to relationships. While wishing for money is no crime, being greedy about it is and that’s what Nashibvaan is all about.

With a film starring Bhau Kadam, there’s bound to be some comedy right? The film boasts of certain comic moments that will tickle your funny bone.

Many people will be able to relate to Babanrao’s struggle. It can get incredibly difficult to make ends meet, especially in a city. Hence the character’s dreams and wishes will resonate with a lot of people.

The pleasing narrative of the film is tightly knit together with efficient direction. The scenes are interwoven well, and that’s one of the many factors that make Nashibvaan watchable.

Have you watched this film? Let us know your thoughts on it in the comments below!

Saajana: Does Riya Have An Ulterior Motive To Enter Pratap's Life?