It's a fun filled ride that you just can't miss. Check out more details about the Sachin Kundalkar directional inside! 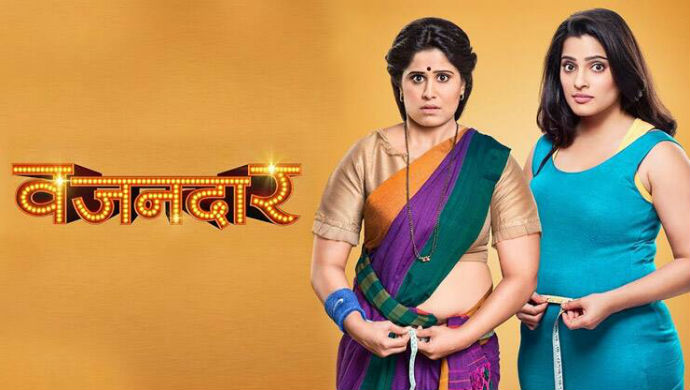 If you have struggled with weight issues all your life, then Sai Tamhankar and Priya Bapat’s Vazandar will hit right home. The film tells the story of two women Kaveri (Sai) and Pooja (Priya) who are on the heavier side and are trying every tick in the book to lose excess weight. Directed by Sachin Kundalkar, this light-hearted film is a must watch and we give you five reasons!

With a film starring Sai and Priya in the lead, it doesn’t get better than this, can it? These ladies are touted to be two of Marathi cinema’s most popular actresses. While Sai is known for her rustic film choices, Priya is the girl-next door that everyone instantly loves. The two actresses make for a stunning pair and are a delight to watch.

Vazandar stands out with its subject where it sheds light on overweight people and how they struggle with weight loss. The story of the film is unique as well as refreshing.

Sai and Priya are powerhouses of talent and they prove the same with their stellar performances in the film. The actresses complement each other perfectly and their chemistry is on point.

Gone are the days when it was believed that male actors were needed to carry a film. Today, women are at par with men and are getting powerful roles. With their convincing characters and performances in Vazandar, Sai and Priya prove that women are finally getting their much awaited due. Three cheers for girl power!

Vazandar professes the message of self love and is a reminder that every individual is special regardless of their weight, colour, height, etc. For those struggling with self image issues, this film will assure you that you are awesome and totally worth it!

So, are you excited to watch the film? Post your thoughts in the comments section below!

5 Fitness Apps You Must Install If You Want To Workout At Home Like Saajana's Pratap!

5 Things Every Millennial Should Remember Before They Start Adulting