Titeeksha Tawde who plays Manva's character will make you dial up your best friend. 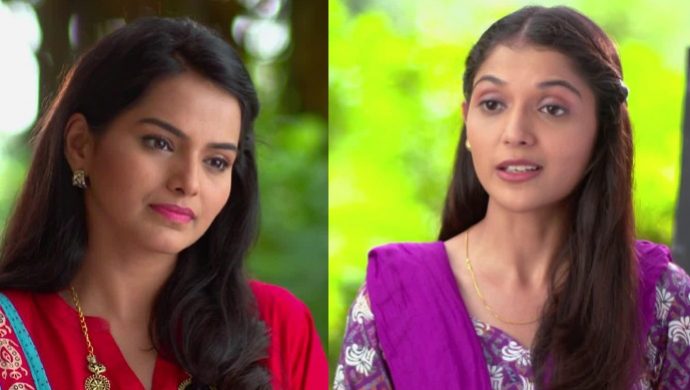 Tu Ashi Jawali Raha on ZEE5 shows us a beautiful friendship between Manva and Sakhi. These girls are the epitome of today’s #FrienshipGoals. Like them, if you are looking for Sakhi to your Manva, here are ways to know you have met your BFF.

Are you missing Tu Ashi Jawali Raha after reading this? We have you covered

Those silent moments between you and your bestie aren’t awkward at all. You don’t have to explain yourself. When you get back on taking terms you are just as good as from where you last left off.

2. You will protect your bestie even behind their back

While you stand up for them whenever they need you, you also imply the same rule in their absence. You can’t let anyone trash-talk your bestie.

3. They know all your temperaments

…And still, there is a wide acceptance from their side. Each one of us is flawed in some way or the other. Even while you make the worst decisions in love-life, they will still keep advising you a thousand times over.

4. Your hatred for some people is mutual

As shallow as this might sound, but let me just put it out there: Nothing brings two people together that mutually hating someone. That’s just the way of life.

5. Cuss words aren’t offensive, hitting on their vulnerabilities is

Using cuss words for them isn’t going to get you in any trouble, but using their deepest secrets as a weapon against them will. If you have found someone whom you can call your other half, then hold them tight and never let them go.

We would love to know your favourite character from the Marathi TV show! Let us know in the comments section below!

After enjoying the friendship in Tu Ashi Jawali Raha watch, Phulpakhru on ZEE5 will make your day.

It's Time To Dial Up Your Besties And Watch Veere Di Wedding Right Away!