Baapmanus will show you what it is really like to have strict parents. 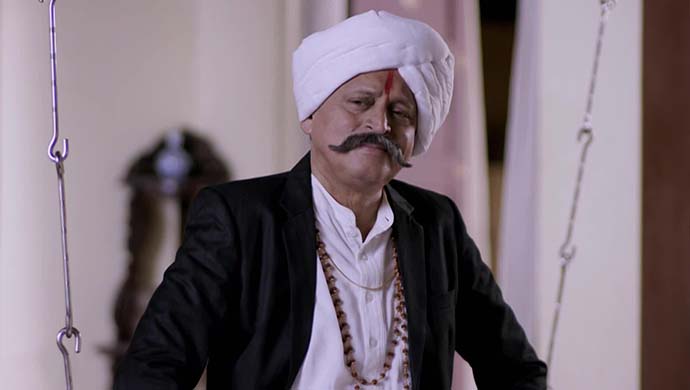 As someone who has grown up with strict parents, I can totally relate to Dadasaheb’s children from Baapmanus. We see famous actor Ravindra Nadkukarni essaying the role. Strict parents can be hard and soft at the same time.  During my adolescent years, I did have some flared arguments with my parents begging them to grant me my freedom.

Watch how Dadasaheb’s children, Surya and Nisha, fulfil his legacy on Baapmanus

If you, too, have had strict parents, you’ll totally ROFL to these points.

1. Mental preparation before a sleepover

I had to go through rigorous mental training before asking my parents permission for the sleepover. Just in case, the answer was ‘no’, then I had to prepare myself to come up with counterpoints to persuade them. In case, it was a yes (which happened rarely), it came along with baggage of conditions. There was no escape to those numerous phone calls until I reached and started off from my friend’s place.

2. Your curfew was another person’s dinner timing

If I went out, I had to go during the twilight hour just so that I could return home at 9.30 pm-10 pm at night. If I was even a couple of minutes late, the flooding phone calls were assured. Going out consecutively on two nights wasn’t happening, the reason for this, I am still unable to comprehend.

3. Having a dress code while going out

I had to wear clothes that were appropriate. This came along with ‘the talk’ about the kind of dresses I should or should not be wearing. Even when I went shopping, I had to think about the clothes from my parents’ perspective. If I bought something not fitting in their dress code,  oh, then I better hide it.

A boy’s name was followed by a limitless question and glares. Before I dropped the news of going out with boys, I had to first go through their mood forecast to check the probability of a stormy situation. My parents had to know who all went along with us, if there were any girls or why was going in the first place.

5. Your sneaking skills are prolific (if only I could list them in my resume)

All these dos and don’ts taught me how to handle the situation naturally. When I really wanted to go somewhere, I had to concoct a plan without my parents really knowing. I had to then I hide my photos from them on Facebook and Instagram. It had to be full proof.

6. You found ultimate independence in college

When I entered college, I felt the world is my kingdom. That is where I mostly learnt a lot about life. From making some grand plans to bunking lectures, nobody kept a tab on my movements, except for occasional phone calls from my mother.

If You Are A Nature Lover Like Suyash Tilak, Watch Out For These 6 Traits

Rampaat: 5 Most Stylish Looks Of Kashmira Pardeshi From The Film

7. Going to salons is blasphemous

Waxing? Threading? What are you even talking about? It was a profane thing to mention this until I crossed 20. I remember having a lengthy conversation with my mom on allowing me to wax. I had to prepare my game plane two-three days before the actual day.

Have you experienced any of these points? Let us know in the comments below.

Like his role in Baapmanus, Ravindra Mankani will impress you in the Bollywood film Astitva streaming on ZEE5.