Aamhi Doghi: Forget Everything Else, Check Out The Cat-Fight Between Madhura And Uttara

We wonder if Madhura will reveal Uttara’s violent side to Aditya... 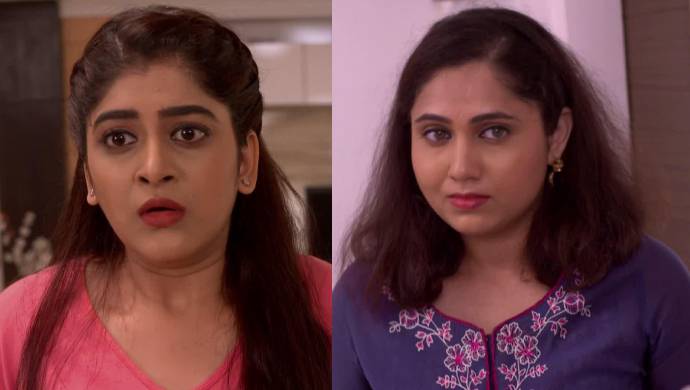 Talking Uttara in Aamhi Doghi is like riding a bike on the road with a dead end. You know it is going to be pointless, but still, hope its course to change. In this Marathi TV show, Uttara has been the single most annoying character responsible for making Madhura and Meera’s life toxic. Initially, when she entered the serial, she was being difficult with Meera but now she is channelling her attention towards Madhura. She tried to kill Madhura, her arch-rival. After watching this, do you think Aditya will get to know the evilness of Uttara?

We bet, like us, you too must have truly developed a love-hate relationship with the antagonists of our Marathi TV shows. We love the actors who play their villainous roles so fantastically that we start hating them onscreen. Amongst them is Uttara who wants her project approved from Aditya. Just to do that, she has been harassing Madhura while trying to get in Aditya’s favour. She blackmailed Madhura after clicking the latter’s pictures with her sister. If this wasn’t enough, Uttara also went ahead by trying to kill Madhura. She raised a glass vase and was about hit it on Madhura’s head. A helpless Madhura couldn’t do anything as she was too shocked.

Without anyone to protect her, Madhura has been loyal to Meera and staying with Uttara and Aditya. They are single-handedly two most difficult people to be with. We wonder if Madhura will reveal Uttara’s violent side to Aditya who was at work when this incident happened.

Before you get riled up looking at Uttara’s tactics, don’t forget this is just the onscreen drama for Aamhi Doghi! These actors have been continuously stealing the show with their impressive acting ability.

As you are processing a poor Madhura’s situation, let us know what would you do had you been in her shoes!

Obviously, this goes without saying, keep watching your favourite movies streaming on ZEE5!