The film starring Chinmay Mandlekar,  shows the rituals of a Nikah. More details inside! 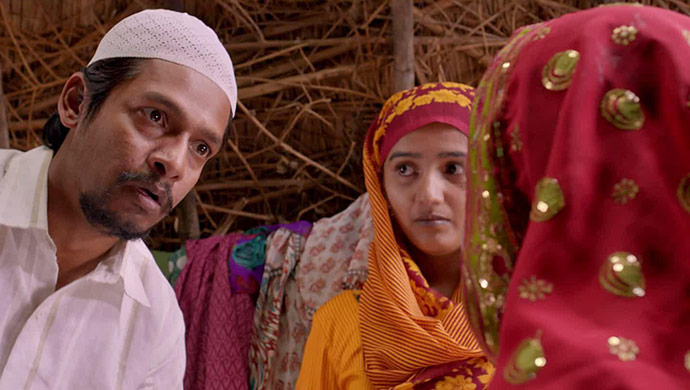 If you are a movie buff,  you must have seen many films showing various wedding rituals. From Indian, to Sikh to Muslim,  to Christian, wedding practices of all religions have been covered by several films.  Same is the case with Halal,  directed by Shivaji Loton Patil.  The film starring Chinmay Mandlekar,  Pritam Shetge sheds light on the practice of Nikah Halal which involves a female divorcee marrying another man and sleeping with him,  so that she can get together with her previous husband. A prominent scene covers the rituals involved in a Muslim wedding known as ‘Nikah. ‘

In the Indian subcontinent,  the Nikah rituals are similar to those followed in the middle East,  as per the Islamic convention.  These Muslim traditions were handed to medieval Indians by sultans and Mughal rulers.
A Nikah lasts for two to three days and involves rituals that are practiced separately at the bride and groom’s house. Just like Indian weddings involve mehendi and haldi ceremonies which are conducted at the bride’s home. Another ritual which is similar is the groom coming to the wedding venue via a baraat.  But in Islamic tradition,  after arriving at the wedding place, the groom is supposed to sip sherbet with the bride’s brothers.
The final wedding is conducted by a Maulvi, a priest. The bride and groom’s fathers here play an important role where the bride’s father hands his daughter to the groom’s father through a ritual called as the ‘Kanyadaan.’ This custom is found in Hindu weddings as well.
In a Nikah,  the bride and groom have separate seating arrangements.  The groom puts forth his proposal and the bride accepts by saying ‘Qubool Hai. ‘ The bride is then given gifts in the form of money and jewelry,  known as Burri.
The marriage contract called as the Nikahnaama is then signed by the couple,  the fathers and the maulvi. The bride and the groom now are allowed to sit together but can only look at each other through a mirror and have the Quran between them.  A dupatta is then covered upon their heads and they are asked to read Quranic verses.
The bride is then brought to the groom’s house and she is welcomed by the mother-in-law who places the Quran on her head.  Then follows the wedding reception,  given by the groom’s family known as the Valimah.
Have you ever attended a Muslim wedding?  Tell us about your experience in the comments section below!
If you like Marathi movies, don’t miss ZEE5’s collection of latest films here.

If You Like Socially Relevant Films, Watch Mahesh Manjrekar And Mohan Joshi's Mulshi Pattern On ZEE5!

Ek Ghar Mantalela: What Is Nilay's Connection To Mrutyunjay Bungalow?