The actors became a sensation with their characters in this multi award-winning film. More details about them inside! 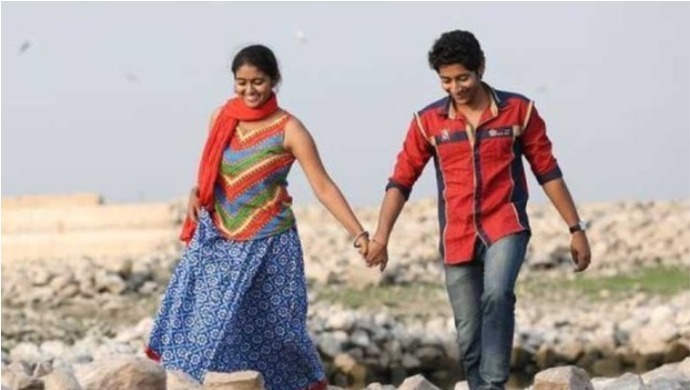 You may not know a lot of personal details about actors Akash Thosar and Rinku Rajguru. But if you’re a movie buff, you definitely must be aware of Parshya and Archi from Sairat. These characters played by Akash and Rinku became a sensation overnight, thanks to the gripping and jolting film that is Sairat. The venture directed by Nagraj Manjule is considered to be one of Marathi cinema’s most popular films of all time. It tells the story of two lovers who start a life together, despite their different backgrounds.

Parshya and Archi became this generation’s couple goals and Akash- Rinku’s adorable chemistry in the film became the talk of the town. While the actors are well known for their characters in Sairat, we go the extra mile and tell you a little about their personal life and background.

Riku is just 17 years old and did Sairat when she was merely 15 years old. How cool is that! The actress was pursuing her studies at the time and had to take a year off from school to shoot for Sairat. Rinku bagged a national award for her powerful act in the film and proved that age after all, is just a number.

The 17-year-old hails from a town called Akluj in Maharashtra and bagged Sairat after she met director Nagraj and auditioned for the role. Rinku became a sensation overnight and was a breakout star that even non-Maharashtrians started recognising. The actress shares a passion for singing as well as dancing.

Akash is 25 years old and was spotted by Nagraj’s brother at a station, and was asked to audition for Sairat. Before becoming an actor, Akash was pursuing wrestling. He hails from Solapur, Maharashtra. Though Akash enjoys acting now, he wishes to become a police officer some day. He had even tried joining the army but clearly, fate had some other plans for this chocolate boy.

After Sairat, Akash was seen opposite Radhika Apte in a web series. The actor is a fitness freak and enjoys gardening, photography and travelling.

Do you share any similar interests with Rinku and Akash? Tell us in the comments section below.

If you love Marathi movies, check out ZEE5’s amazing collection of blockbusters here.

Prem Poison Panga: Watch Aalap And His Father Have An Emotional Moment! Video Inside