Nachiket and Appa’s fight continues in Almost Sufal Sampoorna. Amidst this, Nachiket has suddenly disappeared and Appa’s proclaims his victory. 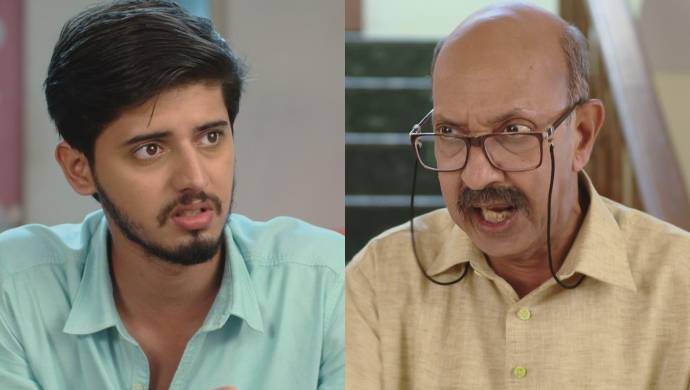 In the recent episode of Almost Sufal Sampoorna, we saw Appa devising creative ways to get rid of Nachiket once and for all. But, the situation wasn’t that easy as Nachiket stubbornly stayed at the Ketkar house. He persisted through Appa’s taunts and surprise attacks on him. Like, when Appa started asking Nachiket to pay for every meal he eats, Nachiket didn’t back down. However, the situation has escalated between both the parties as Nachiket has packed his bags and mysteriously disappeared. Do you think this means Appa won against Nachiket?

Seeing the current situation in Almost Sufal Sampoorna looks like Appa’s hatred towards Nachiket is never going to simmer down. Every day, we see Appa making new rules and dominating over Nachiket. As Nachiket started paying for every meal, Appa decided that he will only accept ten-rupee notes from Nachiket. He strictly proclaimed that the other currency won’t be accepted. This stressed Nachiket, who had no change, and resulted in him skipping a meal. None of the members of the Ketkar house was pleased with Appa’s behaviour but they didn’t have the courage to speak it out loud. After this incident, Nachiket disappeared as his bags were packed. Looking at this, we can’t help but wonder if Nachiket is leaving Sai and going back to Australia. Before he makes any harsh decision, he should remember that except Appa, everyone from Sai’s family is fond of him.

On the other hand, Appa’s attitude towards Nachiket is making his family dislike him. As Sai pointed out, Appa selfishly bends the rules according to his own will without caring about others. After reading this, what do you think, has Nachiket surrendered and Appa won? We would love to know your thoughts in the comments below.

Jui Gadkari And Titeeksha Tawde’s Relationship With Their Onscreen Rivals…

Prem Poison Panga: 5 Things To Remember When You Are Going Through A Dark Phase Like Aalap

Phulpakhru: Will Revati Ever Improve For Good?

Khushboo Tawde's Summer Style Is Hotter Than The Soaring Temperature