In Almost Sufal Sampoorna, Nachiket and Sai come closer, at his house party. He tries to confess his feelings for her but isn't able to. 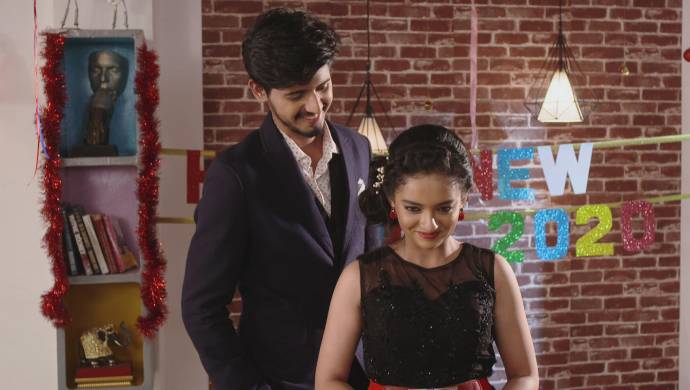 In tonight’s episode of Almost Sufal Sampoorna, Sai wears the dress which is gifted to her by Nachiket. He can’t stop staring at her, as she walks down the staircase, feeling shy. They both lock eyes and start dancing with each other. After they separate, their friends start teasing them. Sai and Nachiket are asked what they find attractive about each other and they start blushing. Meanwhile, at the Ketkar house, Ajji wishes  Appa a happy new year, but he gets irritated. He expresses saying he doesn’t like the fact that Sai hasn’t returned from Nachiket’s house. He then decides to go to the latter’s house himself and get Sai back home.

Digs notices Appa approaching Nachiket’s bungalow, from the washroom window. He notifies everyone and they get alerted. Sai quickly runs upstairs, to change from her western attire, into an Indian dress. After Appa comes to Nachiket’s house, he sweetly asks them about the party. Everyone is shocked to see Appa’s changed demeanour. A while later, Sai comes down and goes home with Appa. As she is leaving, Nachiket tells her that he loves her, but she doesn’t hear him.

Appa and Sai reach home and find that Kaka and Kaku are present too. After Appa goes to sleep, the two excitedly discuss the house party that they went to, with Sai. Ajji is happy to know that they had a good time. The next day, Nachiket and Sai go for a morning walk with Appa. He tries to confess his love to Sai, but stops after realising, that he isn’t sure about whether she likes him the same way.