In Almost Sufal Sampoorna, as Sai is teaching Nachiket Marathi, she asks him why he lied to her about Roseleen. He doesn't know what to say. 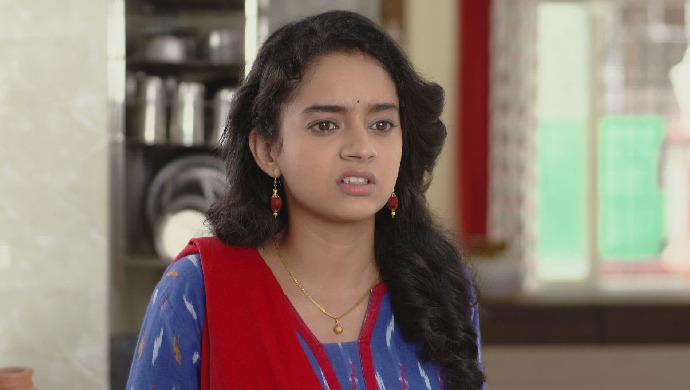 In tonight’s episode of Almost Sufal Sampoorna, Appa is constantly calling Dhotre and asking him for the lawyer’s number. The lawyer is Dhotre’s relative who is going to help Appa resolve the land issue once and for all. This will help Appa in finally throwing Nachiket out of their house. The lawyer promises to help Appa with his problem. Meanwhile, Ajji gets the money box which has the amount that Nachiket has paid Appa for his meals. She starts ranting about Appa since she doesn’t like the way he has been treating Nachiket. She confesses that an animal is treated better than the way Appa treats Nachiket.

Sai is teaching Marathi to Nachiket. She asks him the meaning of various Marathi idioms. Although Nachiket is able to understand their meaning, he isn’t able to explain them without using the English language. Sai asks Nachiket to not mix up Marathi and English. During this, Appa comes and demotivates Nachiket. He tells Nachiket that he isn’t going to learn Marathi that easily. However, Nachiket stays positive.

After the meeting with Appa, Nachiket angrily goes to his friends. He complains about Appa being a negative person. He confesses to his friends that he only tolerates Appa for Sai since she wouldn’t like to see her grandfather being disrespected. Meanwhile, at night, as Sai and Nachiket are continuing their study, her family constantly keeps interrupting the session to pamper Nachiket. When they both are left alone, Sai asks Nachiket why he lied to her about Roseleen. He doesn’t have an answer and he starts fumbling. Nachiket thinks about proposing to Sai, but he doesn’t.

Don't Miss The War Drama, Paltan Based On The Epic Indo-China Rivalry In 1967