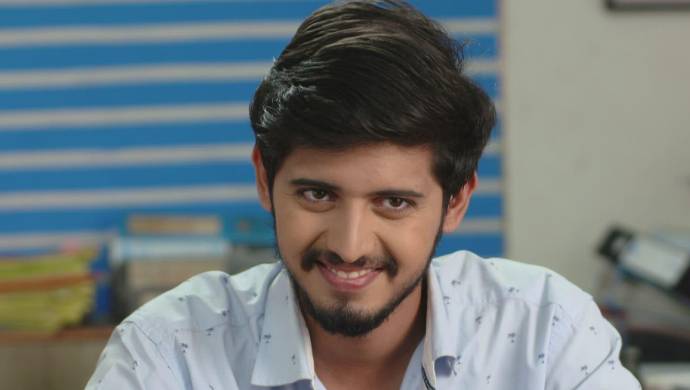 In tonight’s episode of Almost Sufal Sampoorna, Nachiket sees Sai worriedly sitting outside her house. He goes close to her and recites the poetry which she had told him. He tells her that he will find out the meaning of the poem and get back to her. Sai becomes uncomfortable and walks out of there as she doesn’t want him to find out the meaning of the poetry. Nachiket then requests Sai to speak to him and not just leave him halfway. After Sai goes home, Nachiket keeps calling but she doesn’t answer. He keeps trying to call until finally, Sai answers the call. He confesses that it is a very important day in his life as it is the first day of his job at Mr. Pardeshi’s office. But, Sai doesn’t reply because of Appa’s fear. Then, as Nachiket is leaving for office she goes to her window which makes him happy.

Ajji and Appa have an argument in front of the whole family. She screams at him saying that he cannot keep dominating over the whole family. Ajji tells Appa that just because he has a problem with Nachiket, he cannot expect the whole family to ostracise Nachiket who has always been nice to them. Appa gets angry and walks to his room.

Sai is upset in her room when Ajji enters. She confesses to her grandmother that she doesn’t accept Appa’s decision of throwing Nachiket out of the house. Hence, she has decided to not speak to Appa. Hearing this, Ajji too decides to keep a distance from her husband who is being unreasonable. Meanwhile, Nachiket misses Sai on his first day in Mr Pardeshi’s office.