In Almost Sufal Sampoorna, Sai tells Appa that she disagrees with his decision of separating Nachiket from the Ketkars. 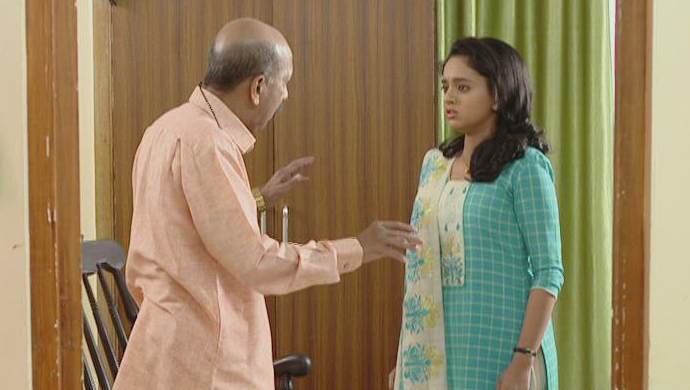 In tonight’s episode of Almost Sufal Sampoorna, a stranger, who meets Nachiket, tells him the meaning of the poem. He tells Nachiket that Sai too is in love with him. The latter becomes happy and starts blushing. On his way back home, Nachiket meets Sai outside her house. He tells her that he has found out the meaning of the poetry which she had told him. Nachiket says that he knows that she loves him and that he loves her too. Sai isn’t pleased after finding out Nachiket solved her puzzle. He tries to make her realise that their love won’t be able to keep them away from each other for very long. However, Sai doesn’t say anything and goes back to her house.

Sai starts crying after reaching home. Ajji spots her and tries to calm her down but Sai is inconsolable. She tells Ajji that she regrets confessing her feelings for Nachiket. But, Ajji doesn’t agree with her. She is glad that Sai opened up about her love for Nachiket. Then, Sai goes to Appa’s bedroom to help him out. He notices Sai’s changed behaviour and questions her about it. Sai tells Appa that she doesn’t agree with his decision of throwing Nachiket out of the house. Since he isn’t going to change the decision, Sai has decided to not speak to Appa. After hearing this shocking confession, Appa starts laughing and tells Sai that she will see the benefit of being away from Nachiket.

On the other hand, Nachiket tells Digs that Sai loves him. He decides to whisk Sai away to Australia under Appa’s nose.