In Almost Sufal Sampoorna, Sai comes to know about Nachiket's absence and is upset to see him gone away. 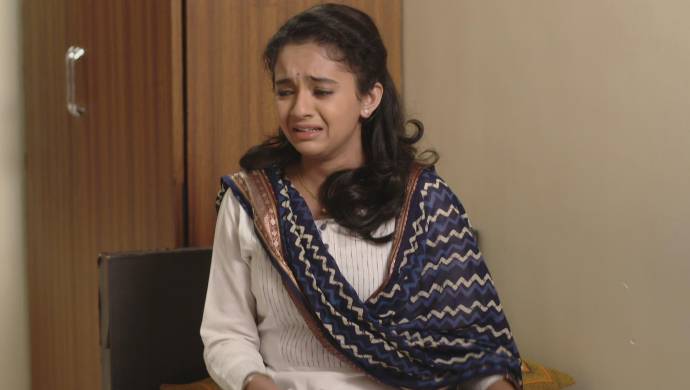 In tonight’s episode of Almost Sufal Sampoorna, everyone from the Ketkar family stops talking to Appa. As the latter is having dinner, no one interacts with him. However, it doesn’t make a difference to Appa who enjoys his food alone. Later, Sai decides to go to Nachiket’s house as she wants to have an important conversation with him. After knocking on his door, Digs opens it and tells her that Nachiket has left. Sai assumes that he went back to Australia after taking her words seriously. She becomes frantic and starts interrogating Digs about Nachiket’s whereabouts. However, Digs just tells her that Nachiket didn’t give him any hint about his location. After Sai leaves, Digs feels guilty for lying to an innocent Sai because his friend swore him to secrecy.

At the Ketkar house, Sai’s Kaka and Kaku want to communicate with Nachiket. However, they aren’t able to get through him as his phone is unreachable. Chinu suggets them to ask Sai about his location. As they go to Sai’s room, she is crying bitterly after realising that she hurt Nachiket. Kaka and Kaku ask her about him but she can’t tell them anything. After they leave, Sai calls Richa to find out about Nachiket’s location. Richa says that all this while Sai wanted him to leave their neighbourhood. Now that he has gone away, Sai shouldn’t be missing him.

Meanwhile, the ladies of the house don’t cooperate with Appa’s demands and serve him breakfast late. At first, Appa gets angry, but he is happy that there is no chaos in the house since no one is talking to him.