In Almost Sufal Sampoorna, Sai assumes that Nachiket has returned to Australia. This makes her unhappy. 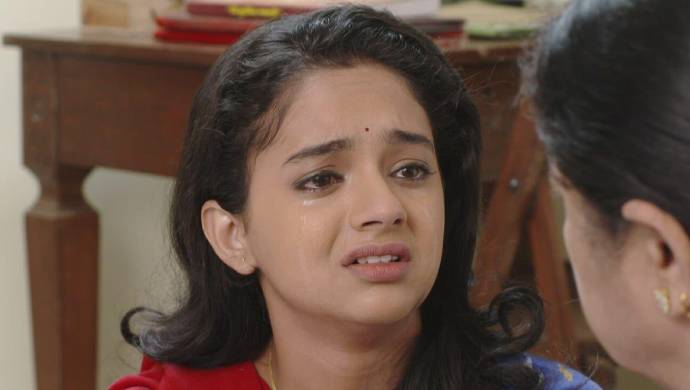 In tonight’s episode of Almost Sufal Sampoorna, Sai and Richa have a conversation about Nachiket. She confesses to stupidly being rude to Nachiket in front of Richa. Sai thinks that it is because of her that Nachiket went back to Australia. However, Richa gives her hope that there is a chance he might have not gone to Australia. She also tells Sai that the latter has fallen deeply in love with Nachiket after he went far away from her. During this, Richa reminds her that it is her birthday today and gives her a gift. Sai, as she is accepting the gift, hallucinates that Nachiket also came back with a gift for her. This vision makes her happy, however, she realises it is not true.

Sai, then, goes to Digs who is in Nachiket’s house and tries to interrogate him again. However, Digs doesn’t give her Nachiket’s location. She starts remembering all the times when she and Nachiket spent in this house together. After Sai comes home, she cries in Ajji’s lap. She confesses to Ajji that she can’t live without him and wants him to come back home. Ajji remains positive and hopes that Nachiket will return to the Ketkar house. Meanwhile, Appa goes to Digs and asks about Nachiket’s location. However, Digs doesn’t give any information and Appa assumes that Nachiket has left the country.

Appa happily comes home and announces that Nachiket has gone far away. This depresses the whole of Ketkar family who wanted Nachiket to be close to them. Meanwhile, Richa tries to flirt with Digs and extract information about Nachiket’s location.

Makar Sankrant 2020: 5 Outifts That Will Make You Slay This Festive Season