Sai tries to convince Ajji to support the idea of her dancing on stage. Ajji disapproves of it and also tells others to do the same. 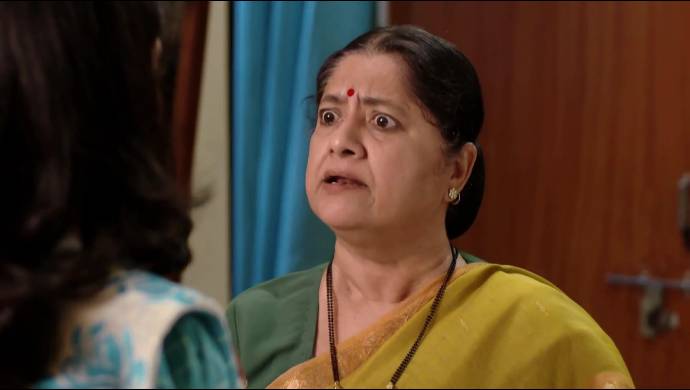 In tonight’s episode of Almost Sufal Sampoorna, we see Sai telling Nachiket that her dance teacher Phulwa Tai wishes to see her perform in front of a huge crowd. Nachiket is more than happy to hear this. However, Sai tells him that she cannot go against Appa’s principles at any cost. Nachiket encourages Sai by saying that her talent will be more appreciated outside and not within the four walls of the house. He also motivates Sai to follow her passion. This boosts the latter’s morale and she gets excited about her performance.

At night, Sai calls Ajji and tells her that she wants to speak to her about something important. She reveals to Ajji about her wish to perform on stage. Hearing this, Ajji stubbornly asks Sai to get these thoughts out of her head as her grandfather wouldn’t give her permission for doing this, no matter what. A helpless Sai tries to convince Ajji to support her but due to Appa’s fear, even Ajji is not ready to encourage her this time. Before Sai can say anything, Ajji angrily leaves from her room. Meanwhile, Kalpana tells Prasanna about how good a dancer Sai was in her childhood days but just because of Appa’s stubborn principles, she couldn’t take her passion ahead. Later, Kalpana and Prasanna recalled the days when Appa would get furious with Sai for wishing to dance on stage.

On the other hand, Sai cries to Richa about Ajji’s lack of support. The latter tries to explain to Sai that there must be some reason behind Ajji taking such a bold step. Sai gets hopeful when Richa encourages her to perform and try her best to convince all her family members. Later, Ajji tells Kalpana and Mansi not to support Sai in performing on stage. Kalpana and Mansi blindly follow Ajji’s orders and even tell their husbands about the same. Sai overhears this conversation and is deeply hurt.

Will Sai be able to convince her family members to support her? Stay tuned and find out only on Almost Sufal Sampoorna.