The Ketkar family decides to spend time dancing and singing songs while Ajji takes Appa with her. 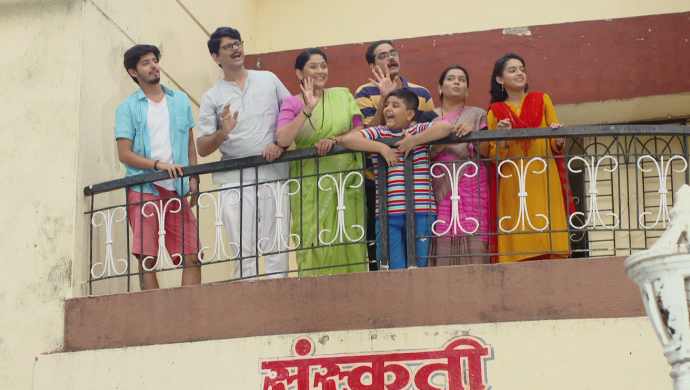 In tonight’s episode of Almost Sufal Sampoorna, Appa tells Nachiket that he has to get out of the house. If he doesn’t, then, Appa will get the lawyers involved and Nachiket has  to spend rest of his life going to the court. Hearing Appa’s threats amuse Nachiket and he says that along with him, even Appa will be summoned to the court. Appa gets agitated knowing Nachiket has a point. The latter announces he has got permission from his parents to stay in the Ketkar house for the next 15 years. Appa, then, walks out of there.

At night, Kaka and Kaku are getting a lack of privacy in Chinu’s presence. During this, they hear Sai’s parents singing songs in their room. Kaka and Kaku go to their room and join Sai’s parents in singing. As they are dancing, Nachiket and Sai enter and start smiling. Sai’s father and Kala tell Nachiket that due to Appa’s rules they are not allowed to sing Western music or dance in the house. Nachiket is shocked and decides to change the situation.

Ajji enters and assures them that she will take Appa away for some time. In Appa’s absence, the family can do whatever they want fearlessly. Everyone agrees and waits for the next day. The following day, Ajji and Appa are getting ready. Sai fixes Appa’s broken glasses after which Appa goes with Ajji. The Ketkar family happily says goodbye to Appa and Ajji who are going for their temple visit.

Phulpakhru 22 May 2019 Preview: Tanya And Vaidehi Decide To Support Aai