In Almost Sufal Sampoorna, Nachiket video calls Appa's sister who is in the hospital. 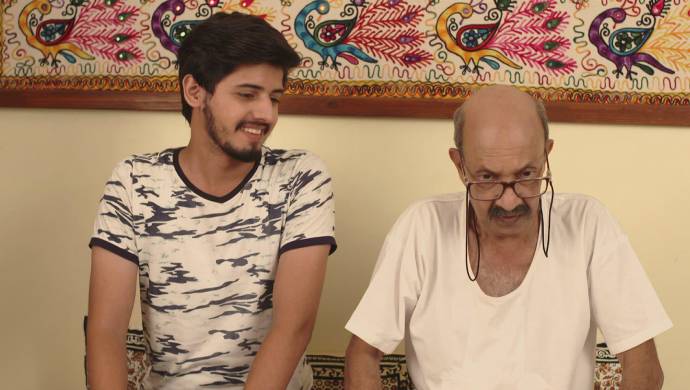 In tonight’s episode of Almost Sufal Sampoorna, Appa calls Sai to clean his magnifying glass and give it to him. Sai asks why Appa requires his magnifying glass, to which, he replies that he looking for a perfect bride for Nachiket. During this, Sai’s father comes and updates Appa that he has finished all his daily chores. Appa becomes happy hearing this and asks him how he could finish everything so fast. Sai’s father says that he completed everything because of his mobile phone. Appa gets angry that Sai’s father used modern technology.

Sai, on the other hand, thinks that Nachiket has told about Roseleen to Appa. Nachiket clears Sai’s misunderstanding that he hasn’t told anything about Roseleen to anyone. Hearing this, Sai apologises to Nachiket. Then, Nachiket goes to Ajji who is angry at him for behaving wrongly. She doesn’t like that Nachiket is getting on Appa’s nerves every day. Nachiket promises Sai’s Ajji that he will change Appa once and for all.

Sai goes to Amol to speak about Nachiket and Rosaleen. He promises to be with Sai and find out the truth. Then, Sai goes home and meets Nachiket. He tells Sai that Appa is being stubborn with his behaviour. He wants a situation which will Appa with no choice but to use a mobile phone. Sai says that a situation like that won’t ever arise and not have high expectations. That night, the Ketkar family gets the news that Appa’s sister got a heart attack.

After everyone goes to sleep, Appa stays back in the hall. Nachiket sees a worried Appa and gives him a glass of water. The next morning, Nachiket video calls Appa’s sister from his phone.

Vartul: Will Vikram’s Plan To Show His Fake Mother To Soha’s Family…