Nachiket calms Ajji down by clearing all her misunderstandings about him and Sai. Read in detail inside. 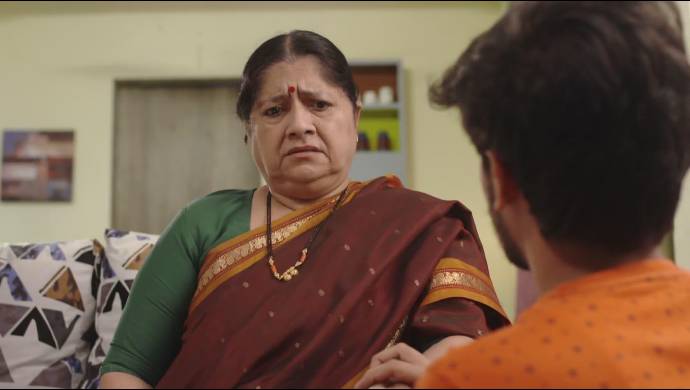 In tonight’s episode of Almost Sufal Sampoorna, we see Sai acting aloof with Nachiket. She does not let Nachiket know that Appa has told her to go with him to Gujarat. She tries to pull Nachiket’s leg by telling him that he will get to meet new girls in Gujarat and then he’ll completely forget about her. After making Nachiket restless, Sai finally tells him that she is going to accompany him to Gujarat. Nachiket is surprised and delighted to know about the same.

When Sai reaches home, she tells Appa that she is going to Gujarat via flight. Appa tells Sai that since traveling by air takes less time, one does not get enough time to enjoy the journey and that is why he always avoids taking flights. Sai goes to her room to pack her clothes. Meanwhile, an insecure Ajji is still uneasy about Sai and Nachiket going to Gujarat for two whole days. She tries to convince everyone in the family to let her accompany Sai and Nachiket but finds no success.

Disheartened, Ajji calls up Nachiket and blames him for all that is happening. Nachiket tries to prove his innocence but Ajji is in no mood to listen to him. Finally, Nachiket convinces her that there is no reason for her to worry and that he will always act responsibly with Sai. He also tells Ajji that he is going to conduct their photoshoot the next day for making posters for the advertisement and for that, she and Sai need to wear a Nauvari saree.

The next day, Sai and Ajji get dressed in beautiful Nauvari sarees. Sai looks gorgeous in yellow saree and Nachiket isn’t able to take his eyes off her. He tells Sai that he has cleared Ajji’s misunderstanding and that there is no reason to worry at all.