Phulwa Tai encourages Sai to follow her passion of dancing and try to convince Appa to give her permission for the same. Find out in detail inside. 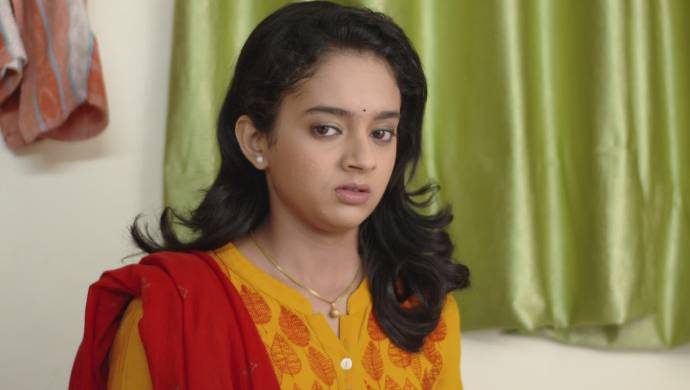 In tonight’s episode of Almost Sufal Sampoorna, we see that while Ajji was telling Mansi and Kalpana not to support Sai in her idea of performing on stage, the latter secretly overhears their conversation. Without any hesitation, she lashes out at Ajji and others for hindering her passion. She boldly says that everyone is ready to kill her happiness for the sake of following meaningless principles.

Meanwhile, Appa meets a dealer named Jholkar at Nachiket’s office. The dealer gets ready to give a big order to Appa but also puts forth a condition. He tells Appa that their dealings shall be done through cash transactions. A greedy Appa agrees without giving any second thought to the same. Nachiket tries to warn Appa but nothing stops the latter. After Appa leaves, Nachiket narrates the entire incident to Dhotre. He tells Nachiket that he should have stopped Appa from finalising such a risky deal. Nachiket says that he had tried his best to do so, but couldn’t because of Appa’s ego and greed. After reaching home, Appa tells everyone about how big a fool Nachiket is as he lacks the potential to find a good dealer. He proudly and confidently says that only he can identify true potential in a dealer like Jholkar. As he is discussing the same, Sai starts taunting Ajji by saying that sometimes people just don’t want to see the brighter side of things.

Sai then meets Phulwa Tai and tells her that she cannot go against Appa’s principles and moreover, it is just impossible to change the latter’s mind. However, Phulwa Tai motivates Sai by telling her that where there is a will, there is a way. Further, she asks Sai to talk to Appa and try and convince him. On her way back, Phulwa Tai bumps into Nachiket. He comes to know that she is Sai’s dance teacher. They chat about Sai’s passion and how she is struggling to follow it.

How will Sai convince Appa? Stay tuned and find out only on Almost Sufal Sampoorna.