In Almost Sufal Sampoorna, Sai's family encourages her to dance and she obeys. 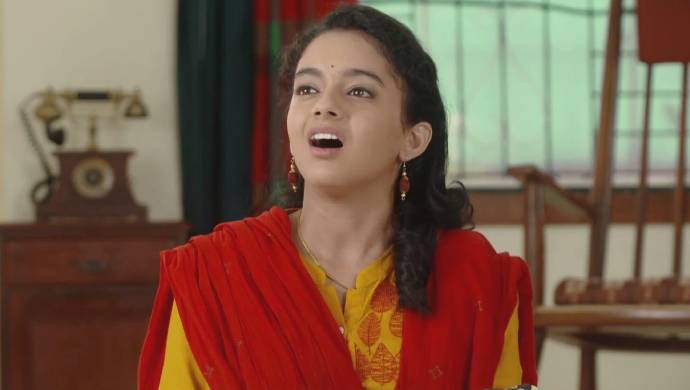 In tonight’s episode of Almost Sufal Sampoorna, Ajji takes Appa out of the house for a temple visit so that the rest of the family can enjoy themselves in Appa’s absence. When Appa and Ajji are at the temple, Appa prays to god that Nachiket should get out of their house. While Ajji, contrary to Appa, hopes that Nachiket stays for a long time with their family since he brings so much happiness to them. Then, Appa and Ajji move on the next temple. On their way, Appa refuses to get an auto and keeps walking instead. He doesn’t want to spend money on travelling even though Ajji requests him.

At the Ketkar house, Sai’s Kaka and Kaku singing and dancing their hearts out. Then, Sai’s father does a mimicry after much persuasion. This is followed by Sai’s dance performance. During this, Nachiket can’t stop staring at Sai who is dancing well.  Her family showers her with compliments and encourages her to recite poetry. Sai’s obeys but Nachiket doesn’t understand as the poetry is in pure Marathi. He asks her the meaning of it but Sai asks him to find out the meaning himself.

During their temple visit, Appa gets tired and decides to sit on the nearby bench. As Ajji is giving him water, Appa screams and gets up from the bench, after realising that the bench is newly painted. The paint sticks to Appa’s dhoti and Ajji starts laughing. Due to embarrassment, Appa tells Ajji they have to cut short their plan and go back home. Ajji gets tensed and tries to protest, however, Appa doesn’t listen to her.

Can You Guess How Hruta Durgule’s Cartoon Version Looks Like?