In Almost Sufal Sampoorna, Nachiket contacts Sai and tells her that he has safely reached Gujarat. 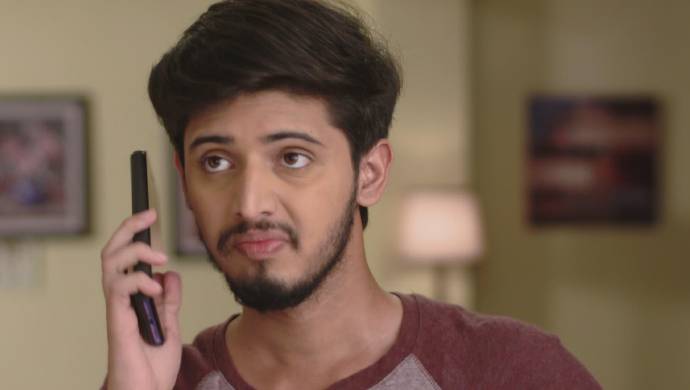 In tonight’s episode of Almost Sufal Sampoorna, the Ketkar family is upset, since they haven’t been able to contact Nachiket, who is away in Gujarat. Even though they have to called on his cell phone several times, he hasn’t responded. Kaka and Kaku are tensed, after being informed about the bus accident, which took place in Gujarat. As Sai’s mother cries thinking that Nachiket is dead, Ajji tries to calm her down. Appa sees this scene and shouts at his family, for behaving in a childish way. He tells them that Nachiket must have forgotten to text back, that’s it, but no one listens to him.

Ajji decides to lodge a missing person’s report at the police station. She convinces her son to do it for her, but Appa stops them. He is irritated seeing how badly his family is missing Nachiket. On the other hand, the latter meets the foreign exporter and visits his godown. Nachiket is impressed and says that he wants to extend the business deal with the foreign exporter. He mentions that his phone isn’t working and he needs to get in touch with the Ketkar family. After going to the hotel room, Nachiket calls Sai, who answers the phone, crying. He tells her that he’s safe but before they can talk further, the call gets cut due to bad network.

Sai is angry with Nachiket, for not having texted her sooner. Richa senses her irritation and makes her realise, that she’s in love with him. However, Sai vehemently denies Richa’s point. Meanwhile, Ketkar family decides to prepare an extravagant meal for Nachiket, once he gets back from the Gujarat trip.