Nachiket tries to get closer to Sai by entering her room at midnight. He gets kicked out when Sai learns about his intentions. 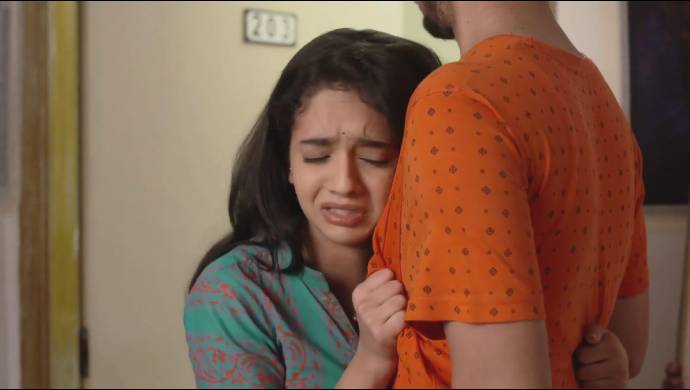 In tonight’s episode of Almost Sufal Sampoorna, we see Nachiket conducting a photoshoot of Sai and Ajji for the poster that will be used for advertising their new shop. When Nachiket shows the pictures to everyone, the Ketkars appreciate his skills and thank him for doing them such a huge favour. Nachiket leaves their house, saying that he needs to finish his packing. As soon as he leaves, the Ketkars also get busy and go in their respective rooms. Using this opportunity, Nachiket jumps into their house again to flirt with Sai.

Later in the evening, Nachiket comes to pick Sai up from her place. While leaving, Appa advises Sai to represent the Ketkars confidently and also present the products thoroughly. After Sai and Nachiket leave for Gujarat, Ajji talks to Appa and appreciates Nachiket’s efforts. She points out that he is working hard to make their products popular. However, Appa tells Ajji that the Ketkars’ products were always popular because they provide the best quality in the market.

Sai and Nachiket reach Gujarat and settle in their respective rooms at a hotel. At night, Nachiket knocks on Sai’s door, pretending to be a guy from room service. Nachiket tells Sai that there is a cockroach in her room. This scares Sai and she hugs him tightly. Sai tells Nachiket to throw the creepy creature out of her room. Nachiket is more than happy to know that his objective of entering her room has been achieved. He was unaware of the fact that Sai knows that there is no cockroach in her room. When Nachiket tries to get closer to her, she kicks him out and tells him that she already knew that there was nothing in her room. The couple shares a laugh and greets each other good night.

Meanwhile, Ajji is restless at home and worried about Sai and Nachiket spending time alone in Gujarat.

Will Nachiket be able to maintain distance from Sai and stay by his words? Find out only on Almost Sufal Sampoorna.