After Nachiket's motivational words, Sai gathers the courage to follow her passion by going against Appa's principles. Details inside! 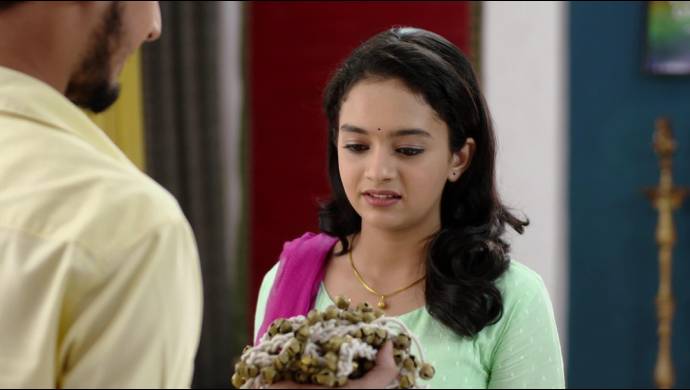 In tonight’s episode of Almost Sufal Sampoorna, we see that Jholkar reaches Appa’s place to finalise the deal with him. He carries Rs. 50 lakh in cash which makes Appa close the deal as early as possible. However, Sai feels dicy about it and she secretly records the entire incident on video. After Jholkar leaves, the women of the house start complaining about the creep way in which he was staring at them. But Appa denies all their accusations as he is blinded by the money.

Later, Sai goes to Nachiket’s place. The two of them discuss Phulwa Tai’s pleasant personality and what a gem of a person she is. Nachiket asks Sai what she has decided regarding the dance performance. Sai grudgingly tells him that she won’t be performing as not only Appa but the entire family does not wish to see her dance on stage. But Nachiket continues to boost Sai’s morale. Later, Sai shows him the video of the meeting between Appa and Jholkar. Nachiket is shocked seeing it. He tells Sai that Appa is making a huge mistake by finalising the deal with Jholkar. He further warns Sai that soon, some major trouble is going to come knocking on Appa’s door.

On the other hand, Appa orders everyone in the family to count each and every rupee that Jholkar has given. Shailesh and Prasanna try to explain to Appa that he should have taken the payment in cheque as it would have helped them keep a record of it. But Appa, who is overexcited, rubbishes their talks by saying that only he knows the true potential of a person like Jholkar.

The next morning, Nachiket calls Sai and asks her to start dance practice. However, Sai isn’t able to gather the courage to go against Appa’s principles. Nachiket tries to motivate Sai but fails to get Appa’s fear out of her head. After some time, Sai finally gets the guts. She grabs the ghunghroos and rushes to Nachiket’s place to practice.

Has Sai’s passion for dance overcome Appa’s principles? Stay tuned and find out only on Almost Sufal Sampoorna.

Date With Saie, Hutatma - 5 Marathi ZEE5 Original Series You Can Binge-Watch At Home Next