Why does Ajji need to cover up for the two? Find out here. 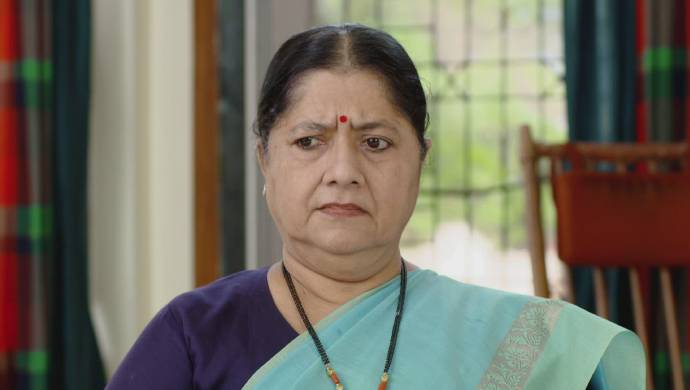 In this episode of Almost Sufal Sampoorna, we see Ajji taking Sai and Nachiket aside, to have a private chat with the two. She tells them that Appa’s hatred towards foreigners will never let the two come together, due to certain past incidents. She refuses to disclose the same, when asked by Nachiket. She continues saying that the incidents were so harsh, that they are still hurting all the members of the family. She decides that she will send Digs and Richa home, and she, along with Sai and Nachiket, will stay back. Ajji informs the couple that the next morning, she will take them to a temple and get them married. Listening to this, the couple is in shock but Ajji insists, that now Sai will only go home, as Nachiket’s wife.

Nachiket refuses to do this and assures Ajji, that he will convince Appa to let him marry Sai, and guarantees, that he will win over Appa with his love. The couple somehow manages to convince Ajji and they all hug it out. Finally, all of them leave for Mumbai. After reaching the city, Ajji decides to go ahead with Digs, giving the couple a chance, to spend some time alone. Sai and Nachiket share a few romantic moments together. He asks Sai to say ‘I love you’ to him. The latter gets shy and tries to leave. Nachiket holds her wrist and insists her to say the three magical words. A coySai thinks for a while and right at that moment, she spots Mansi. Sai leaves from there within seconds, keeping Nachiket wondering.

Ajji and Sai reach home and find Appa sitting in the hall. He interrogates Sai about her visit to the Sai Baba temple and asks for prasad. This makes Sai and Ajji tense. The latter somehow manages to cover up, by saying that they ate the prasad in the car itself as they were hungry. Meanwhile, Nachiket misses Sai a lot and decides to call her on the phone. He tells Sai to come to his place but she refuses. Nachiket then goes to her place, to meet her, as he cannot stop missing her. He along with Digs, reaches Sai’s place and finds Appa taking a walk in the lawn.

How will Nachiket manage to meet his love without Appa noticing the same? Find out! Catch all the episodes of Almost Sufal Sampoorna, streaming for free on ZEE5 here.

Saajana: Will Rama Be Able To Save The Jadhav Family From Riya?