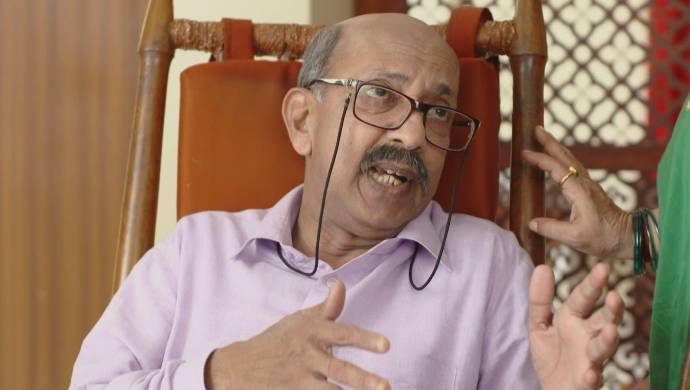 In tonight’s episode of Almost Sufal Sampoorna, Sai and Ajji are spending time together in the kitchen. As Sai is helping Ajji in cooking, the latter compliments Sai for her obedience and maturity. During their conversation, Sai cuts her finger and Ajji gets worried. After Sai’s mother comes, she asks Sai to take rest and call Nachiket. No one in the Ketkar house knows where Nachiket has gone and Sai is curious to find out. On the other hand, Nachiket is trying to reach the lawyer’s office where Appa is gone. He wants to eavesdrop Appa and the lawyer’s conversation to know Appa’s newest plan. However, Nachiket is struggling to find an auto.

Appa and the lawyer are speaking about tackling Nachiket. Since Appa can’t forcefully make Nachiket go out of the house, he has to implement other tactics. The lawyer suggests Appa that he attack Nachiket when the latter is least expecting it. This way Nachiket would be caught off-guard and will get out of the house. The lawyer tells, for that, Appa has to start talking to Nachiket sweetly. He shouldn’t insult Nachiket and call him by his name instead of ‘Kangaroo’. Appa reluctantly agrees and starts walking home.

Nachiket, who is on his way to the lawyer’s office, asks his auto driver to go fast. During this, Sai calls Nachiket and as they are talking, Appa comes in front of Nachiket’s rickshaw. Appa gets hit and falls unconscious. Sai, who is at home, starts panicking knowing something bad has happened to Appa. Nachiket brings Appa home, without knowing that the latter is just pretending to be injured.