Seeing everyone disturbed in the family, Sai decides to talk to Zanzane Bai and sort out the issue. Details inside. 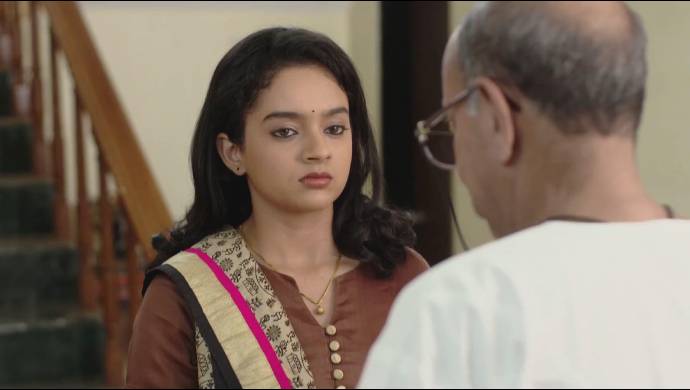 In tonight’s episode of Almost Sufal Sampoorna, we see Sai and Nachiket returning from Gujarat. They start reminiscing about their journey, outside Sai’s house. As soon as Sai enters her house, she comes across a very disturbed Appa. When Sai asks him the reason, Appa tells her that their consignment has been rejected again by Pardeshi Exports and this time, he is sure that Nachiket is behind all this. Nachiket hears all this standing near the window and feels helpless.

The next morning, Nachiket tells Digs that another consignment of the Ketkars has been rejected and he doubts that Zanzane Bai is doing all this on purpose to trouble the family. Digs asks Nachiket to take action against Zanzane Bai but he tells the latter that technically, she is right and he cannot go against her. Meanwhile, Ajji informs Sai that her love for Nachiket and their family business should be dealt with separately. She asks Sai to confront Zanzane Bai so that the latter knows who she is dealing with and sorts out this issue as soon as possible.

After a while, Appa informs Zanzane Bai that Sai will be visiting her office to have a word about the rejected consignment. However, Zanzane Bai firmly tells Appa that she won’t be talking to Sai and will keep her waiting for the entire day. Later, Nachiket goes to meet Appa and asks him about why he looks so disturbed. Appa tells him the entire story of the rejected consignment. Instead of supporting Appa, Nachiket tells him to behave properly with everyone so that he can carry out their business smoothly. Sai hears all this and angrily asks Nachiket to leave their place. She adds that she will have a word with the person responsible for all this, in their office.

Will Zanzane Bai get her frustration out on Sai? Find out on Almost Sufal Sampoorna.

Meanwhile, watch exciting episodes of Doctor Don and your other favorite shows streaming on ZEE5.

Geeta And Nisha From Baapmanus Might Have Left Their Enmity Behind For Good!