In Almost Sufal Sampoorna, Sai and Nachiket get to spend time together and bond over their cultures. 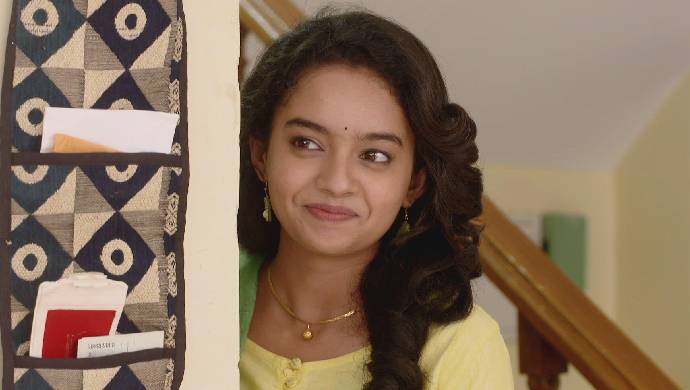 In tonight’s episode of Almost Sufal Sampoorna, Sai and Nachiket are taking care of Appa. As Sai is feeding Appa curd-rice, Nachiket is making a herbal concoction for him. To irritate Nachiket, Appa makes Nachiket work hard while giving him instructions. Nachiket doesn’t back answer Appa and does as told. During this, Nachiket dreams of Sai feeding him instead of Appa. She catches Nachiket busy in his own world with his mouth open. To make fun of him, Sai feeds him a sour lemon pickle when Appa is not looking and then starts laughing at him. Nachiket opens his eyes and frowns at Sai’s gesture.

The ladies of the Ketkar house are wondering what Nachiket and Sai are doing with Appa in his bedroom. Since they both haven’t come down for lunch, Ajji gets worried. After some time, Nachiket and Sai come down and mingle with other family members while having food. When they are left alone, Sai tells him that in the Indian culture, a woman is not allowed to feed a man who is not related to her. Nachiket can’t comprehend this and says in Australia the people are a lot more open-minded and don’t mind simple gestures.

Then, Nachiket goes to spend time with Digs and starts talking about Sai. On the other hand, she too can’t stop thinking about Nachiket. Just as she thinks he is angry with her for feeding him the lemon pickle, he calls her up. Meanwhile, Ajji compliments Nachiket’s efforts in looking after Appa. This doesn’t go down well with Appa who hates Nachiket.

Phulpakhru: Do You Think Revati Prefers Manas Over Everyone?

Inspired By Titeeksha Tawde, 5 Sarees You Can Wear If You Want To Stand Out In The Crowd!