In Almost Sufal Sampoorna, Appa complains to the police since Nachiket is playing loud music. But, Sai saves Nachiket from getting arrested. 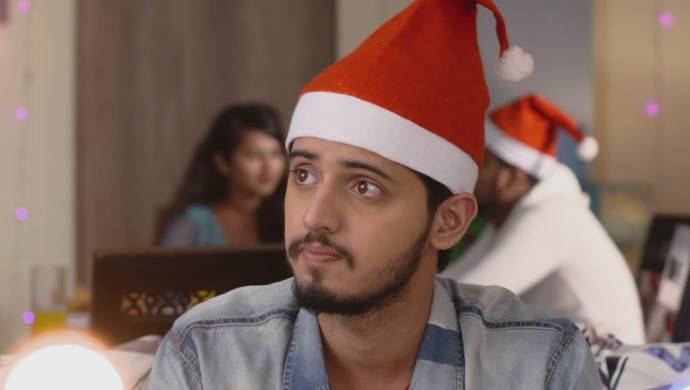 In tonight’s episode of Almost Sufal Sampoorna, Sai is thinking about Nachiket’s party. During this, Chinu comes screaming and informs Sai that Appa has complained to the police about Nachiket. He says if Nachiket doesn’t stop the music before 10 pm, he will be arrested. After some time, Nachiket does stop the music. Chinu innocently asks Sai if she likes Nachiket, she starts fumbling after hearing this question. Then, he confesses that he loves Nachiket because the latter always takes care of him. Sai quietly hears this and thinks about Nachiket. Meanwhile, Appa gets restless since the music has gone off. He wants Nachiket to be arrested.

At Nachiket’s house, the gang has started playing games. He asks everyone to put their phones on silent mode and everyone abides by the rules. After their games are over, they start playing the music again and begin dancing. Sai and Chinu hear this and start panicking. They devise a plan to distract Appa and notify Nachiket about Appa’s complaint. According to the plan, Chinu calls Appa to the kitchen while Sai goes to Nachiket’s house. She tells to him to shut the music.

During this, the cops knock on Nachiket’s door. They can’t arrest him since there is no music on. After they leave, Nachiket thanks Sai and gives her the Christmas gift. On the other hand, Appa gets frustrated knowing his plan didn’t work. The following day, Nachiket reveals to Ajji about Appa’s complaint. He then goes to Sai to check if she has opened the gift or not. He has given her a black dress which Sai feels hesitant to wear.

Almost Sufal Sampoorna: Do You Know The Meanings Of These Famous Marathi Sayings?

Almost Sufal Sampoorna 28 December 2019 Preview: Sai And Nachiket Pray For Each Other