Sai blames Nachiket for creating a mess in her family and also insults him. This results in an argument between them. Details below 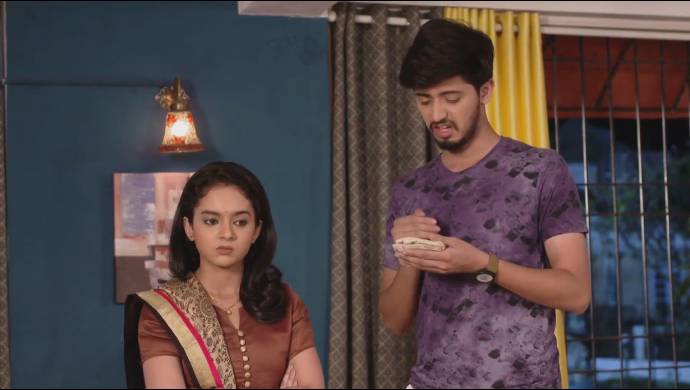 In tonight’s episode of Almost Sufal Sampoorna, we see that Nachiket calls Sai at his place to clear all her misconceptions and resolve the business issues. Nachiket tries to flirt with Sai at first and later explains to her that they should not mix up their personal and professional life. He also tells Sai that she should think about their relationship. However, Sai angrily tells Nachiket that all these sweet talks he should first apply on himself.

Later, the argument between them bursts into a fight when Sai tells Nachiket that Appa was right about him. All the people belonging to foreign nations are selfish and ruthless and Nachiket is one of them. This hurts Nachiket a lot. He tries to explain further but Sai ignores him and leaves from his place.

After some time, Richa calls Sai and asks her if she has sorted things with Nachiket. Sai tells her that Nachiket is a mean person and thinks only about his business and there is no point in talking with such a person. Richa tries to convince her that Nachiket is not like that and also advises Sai that they should keep their personal and professional life separate. Sai hangs up the phone angrily without listening to Richa.

Later, Ajji meets Nachiket. Nachiket tries to explain to her that he is totally helpless in this matter. Ajji tells him that she understands his situation. She tells him not to argue with Sai but he should try to clear all her misunderstandings as soon as possible. When Ajji reaches home, Appa furiously tells her that her favorite person, Nachiket, of whom she continuously sang praises is responsible for all this mess.

Sai calls Nachiket and talks to him formally. She asks Nachiket if she could get his appointment so they can find a solution to the problem. Nachiket is speechless. He tries to sweet-talk with Sai but she sticks to her professional tone.

Will Nachiket and Sai be able to overcome this obstacle or the cracks between their relationship will keep widening? Find out on Almost Sufal Sampoorna.

Meanwhile, watch the exciting episodes of Doctor Don and your other favorite shows streaming only on ZEE5