After seeing things going out of hands, Ajji asks Nachiket to help them as they have a burden of loan on their heads. Details below 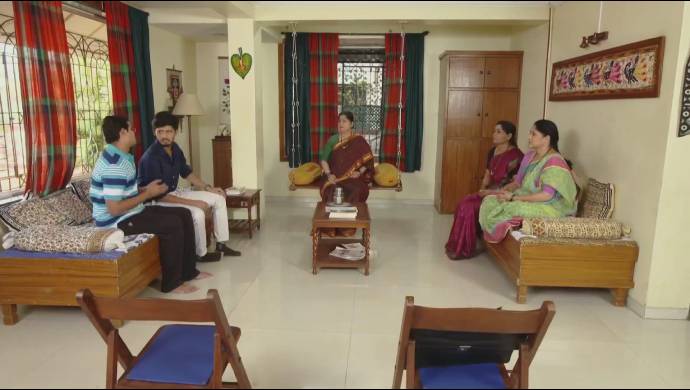 In tonight’s episode of Almost Sufal Sampoorna, we see that Nachiket calls Dhotre at his place and informs him that they have an important task to be completed. When Dhotre asks him about it, Nachiket tells him that he needs each and every detail of quality reports that Zanzane Bai approves. Nachiket also informs Dhotre to do all this secretly.

Later Sai calls Zanzane Bai and asks what time she should come to talk about their consignment. At first, Zanzane Bai tries to avoid her but later gives an appointment. After some time, Sai tells Appa that she will resolve this issue as soon as possible and he should not worry about it at all. After listening to this Appa feels very proud of her. Meanwhile, Ajji is very concerned about Sai’s anger towards Nachiket. She is worried that the situation between Sai and Nachiket can turn worse.

After some time, Sai and Nachiket bump into each other. Sai continues to speak formally with him. Nachiket tries to explain Sai that they need to sort their differences but Sai ignores him and leaves from there. Later, when Sai reaches the Pardeshi Exports office and asks Zanzane Bai if she could meet Nachiket. Zanzane Bai allows her to meet Nachiket.

As soon as, Sai enters Nachiket’s cabin she starts complaining. She argues that just because there is a slight high proportion of oil in Ketkar’s products he cannot reject the entire consignment. Sai also doubts that all this is done to take out personal grudges. Looking at Sai’s professional tone, Nachiket too decides to answer professionally. He tells Sai that their products are not as per contract and for that, he has a complete right to reject the products. Sai is now speechless and refuses to talk further.

The next morning, Ajji calls Nachiket and asks him to come to her place as soon as possible. When Nachiket reaches her place, Ajji tells him that they had taken a loan to manufacture the products, now if the consignment gets rejected they will face many problems. Nachiket assures her that he will not let Ketkars suffer any losses.

What will Nachiket do to save Ketkars from the losses? Find out on Almost Sufal Sampoorna

Meanwhile, watch the exciting episodes of Doctor Don and your other favorite shows streaming only on ZEE5