In Almost Sufal Sampoorna, Sai is given permission by Appa, to attend Nachiket's New Year's bash. 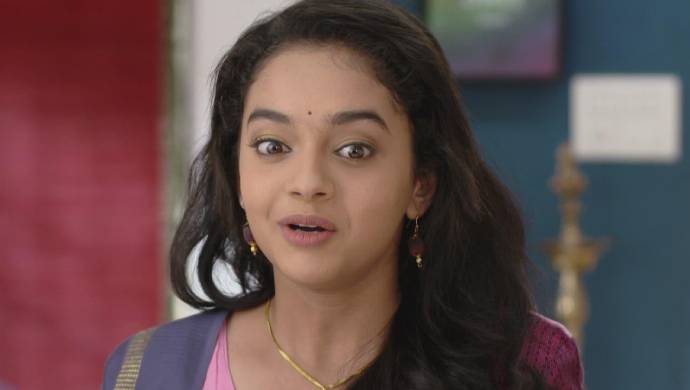 In tonight’s episode of Almost Sufal Sampoorna, Appa goes to Nachiket’s house to check out the renovation work which Sai and he did together. He is impressed with the new redecoration and feeds Nachiket chakli for the occasion. The latter is surprised to witness Appa’s generous side. Unknowingly, Appa is followed by Sai, Ajji and Chinu, who think Appa wants to scold Nachiket. As the two are talking, Sai interrupts their conversation to protect Nachiket from Appa’s insults. She is surprised to know that her grandfather isn’t scolding him, but rather complimenting him. After Appa leaves, Sai and Nachiket start laughing seeing his changed behaviour. Then, he tries to persuade her to come for the New Year’s bash which he is organising at his house. Sai tells him that she will have to get permission from Appa.

At the Ketkar house, Sai’s mother is panicking, thinking about Appa and Nachiket’s meeting. She is told by Ajji and Sai, that it went well. Then, the ladies plan to convince Appa to let the latter go to Nachiket’s house party. Ajji supports her granddaughter and together they approach Appa, who shames Sai for wanting to celebrate western festivities. As she starts crying, Appa tells her that he was joking and she can go to Nachiket’s house. When no is looking, he (Appa) makes an angry face, suggesting that he has an ulterior motive.

Sai tells Nachiket that she will be coming for his party and he is elated. Meanwhile, Kaka and Kaku decide to take Appa’s permission to let them go out during New Year’s eve.