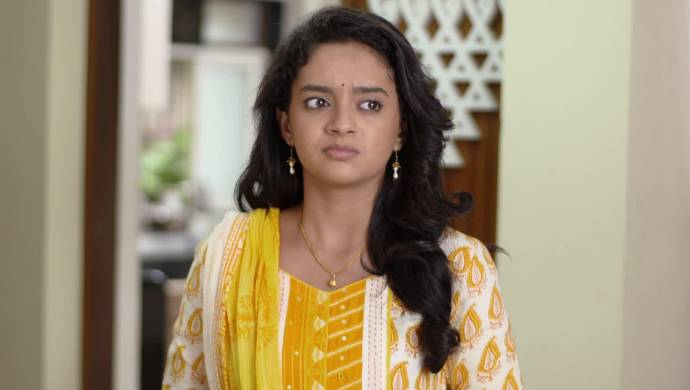 In tonight’s episode of Almost Sufal Sampoorna, Appa is stressing out about his sister’s health. During this, Nachiket jumps to Appa’s rescue and video calls Appa’s sister who is recovering from a heart attack. Appa and his sister get emotional over the phone and start talking. To make Appa hear better, Sai puts Nachiket’s headphones over Appa’s ears without him realising. After the call is done, Appa sees the headphones a starts shouting at his family.

Sai approaches Nachiket to thank him for helping Appa connect with his sister. She tells Nachiket that Appa is never going to agree to use phones in the house. She asks Nachiket to give up his mission to convince Appa and change his perspective but Nachiket remains adamant on doing so. Then, she starts talking about Roseleen and mentions to Nachiket how excited she is to meet her. Nachiket doesn’t know that Sai’s is aware that there is no such person as Roseleen in his life. He tries to make her jealous but Sai remains calm.

Nachiket starts getting messages from an unknown number. The person on the other end claims to be Roseleen freaking him out. A disturbed Nachiket is lost in his thoughts when Kaku comes to him asking for his phone. Appa, who has forcefully pulled Ajji in his mission, tells her to get Kaku away from the phone. Appa wants to show Ajji how much the Ketkar family is addicted to the phone. Then, he makes Ajji go to Sai’s parents and intervene in their online shopping spree.

Meanwhile, Sai and Amol are laughing seeing Nachiket disturbed. They are pranking Nachiket by messaging him under Roseleen’s name.