From learning Marathi for Sai to protecting her when she was hurt, here are times Nachiket won our hearts with his love for Sai! 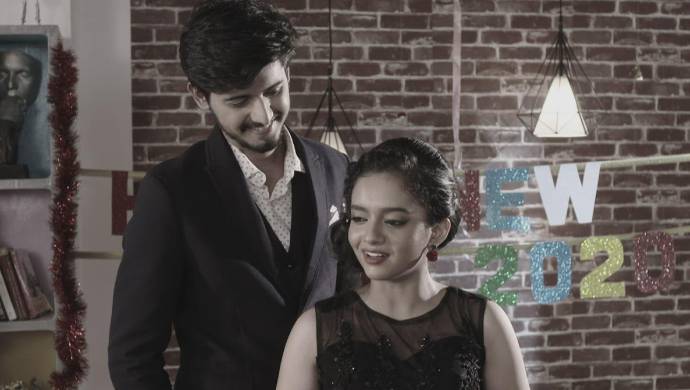 Nachiket and Sai had almost confessed their feelings to each other in Almost Sufal Sampoorna. However, before that moment could arrive, Appa ruined their bond by throwing Nachiket out of the house on Sai’s birthday. Appa announced how Nachiket humiliated the Ketkar family with his western ways by staying in the house. As we are still reeling from the shock of this episode, we decide to take a look back at all the times when Nachiket went out of his way just to please Sai. Have a look!

Being from Australia, Nachiket had a hard time getting a grasp over the Marathi language. However, he kept learning it just for Sai. He put in long hours to understand the nitty-gritty of the language. He wanted her to be proud of him.

Due to Appa’s principles, Sai always shied from wearing dresses and western clothes. However, Nachiket gifted Sai a black lace gown and encouraged her to wear it. His motivation paid off after Sai wore the gown at Nachiket’s New Year’s party.

3. Nachiket stayed with Appa for Sai

After Appa met an accident, Nachiket volunteered to help Appa and take him for morning walks. He knew Sai will be happy seeing them getting along, so he decided to sleep in Appa’s bedroom for a little while. This is one of the biggest sacrifices he ever made for her.

We have numerous occasions when he was in close proximity of Sai just to protect her from the harm’s way. Like, the time when Sai burned her finger, Nachiket jumped to her rescue and held under finger the running water.

5. Nachiket never gave up on Sai

Even after Appa threw Nachiket out of the house, he never gave up on his love for Sai. Instead, he became more inclined towards making her fall in love with him. He always had faith in her and their blossoming relationship.

Saajana: Here’s Why We Think Pratap Should Talk About His Past With Riya

For more entertainment, check out the latest episodes of your favourite TV shows streaming free on ZEE5.

Prem Poison Panga: Will Prajakta Try To Create A Problem Between Malti And Jui?