From stopping the use of mobile phones to throwing Nachiket out of the house, here are times when Appa totally got it wrong. 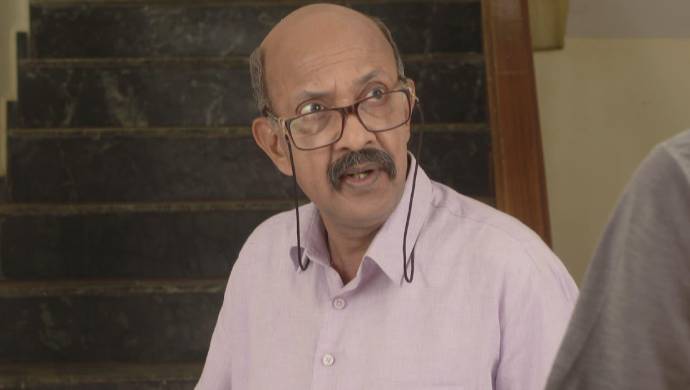 In Almost Sufal Sampoorna, Appa, the head of the Ketkar family, calls the shots and makes all the decisions. His judgements are accepted by his family even if they disagree with him. If anyone tries to contend Appa, he asks them to leave the house. This happened with Ajji who shamed Appa for stealing Nachiket’s money. Seeing this scenario, we decided to list the times when Appa’s decisions were absolutely wrong but he still chose to implement them. Have a look!

Appa, being against the use of modern technology, prohibited his family from making use of mobile phones for years. It was only after Nachiket entered the house, that the Ketkars had the courage to persuade Appa to change his mind about mobiles. This happened, when Appa’s sister in Chennai fell ill, Nachiket video called her through his phone and connected Appa. This altered Appa’s notions.

2. Appa was against launching their business in international markets

Appa, who is a proud Indian, was against taking their family business in the international markets since he hates the westerners. However, after Appa saw the money which they were going to earn by going international, his conviction about keeping their homegrown business within the Indian markets faltered. Nachiket proved to Appa the mistake which he would be making.

3. Appa stopped his family from learning other languages

No one from the Ketkar family is supposed to speak in other languages since Appa hates it. He openly degrades people who don’t follow the Maharashtrian culture and aren’t aware of the language. We have seen him give a hard time to Nachiket who came from Australia and didn’t know Marathi.

We have seen how Appa doesn’t let his sons and daughters-in-law follow their heart because he thinks they would humiliate the family name. Like, Sai’s Kaka secretly hears Michael Jackson songs while Kaku is a trained Bharatnatyam dancer. They both have confessed how Appa’s dominance has kept them away from their true hobbies.

5. Appa deciding to throw Nachiket out of the house

We all can agree that Appa made a terrible decision of throwing Nachiket out of the house. The latter has not only been nice but also proved to be an asset to the Ketkars. It is because of him that Appa is becoming rich and the Ketkar business is booming.

Meanwhile, for more entertainment, check out the latest episodes of your favourite TV shows streaming free on ZEE5.q

Prem Poison Panga: Jui's Secret To Be Revealed In Front Of Sandhya?