Appa surprises everyone by getting new guests for dinner. Looks like this new guest is going to get some good news in Ketkar's family. Details below 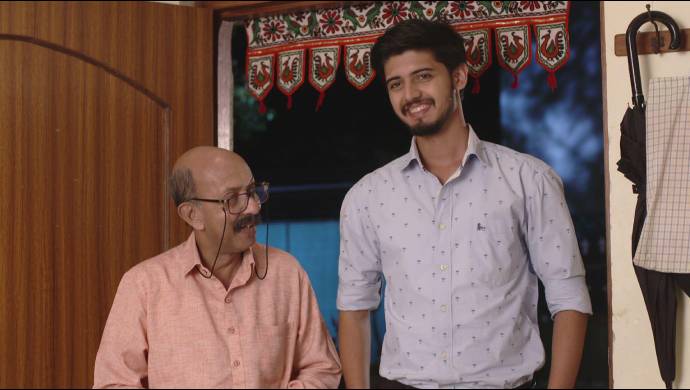 In tonight’s episode of Almost Sufal Sampoorna, we see that impatient Nachiket continuously tries to call Sai to know about her new friend. Sai, however, decides to annoy Nachiket by not receiving his phone calls. By now, Nachiket is fuming and is very desperate to talk to her. He then texts her, assuming that someone must be around her, which is stopping her from receiving calls. Finally, Sai calls him back and acts aloof, by asking him if anything is wrong. He asks her where she has been, to which Sai replies saying that she had a lot of work at home. Nachiket, who already knows that Sai was not at home and had gone to meet his secret friend, does not know how to react.

The next morning, Nachiket calls Ajji and tells her that he needs to talk to her about Sai. Nachiket is still oblivious to the fact that Ajji is already involved in Sai’s plan. Sometime later, a restless Nachiket meets Ajji and complains to her about Sai’s weird behavior towards him. He also asks Ajji about Niranjan and the relation  Sai shares with him. Ajji, who knows about Sai’s drama, tells him that Niranjan is her new friend. She also sings fake praises about the latter, by calling him smart and handsome. By now, Nachiket is burning with jealously.

After reaching the office, Nachiket is disturbed and is unable to focus on work. He decides to go to the root cause of the problem and calls Richa to know about the entire matter. He hurriedly meets her and asks about Niranjan and why Sai getting close to him. Richa confronts him by telling him that the two are just good friends. To add fire to the fuel, Richa tells him that Sai refers to Niranjan as ‘Niru.’ This makes Nachiket furious.

Just 10 Stylish Pictures Of Sai Tamhankar To Kickstart Your Day With!

Meanwhile, Appa announces that some special guest is going to come to their place for dinner. He informs everyone to begin the preparation. All family members are desperately waiting for the guest to arrive. Appa enters the house and tells the special guest to accompany him. To everyone’s surprise and amazement, the guest is none other than Nachiket!

Has Appa started considering Nachiket as his friend? Find out on Almost Sufal Sampoorna exclusively on ZEE5