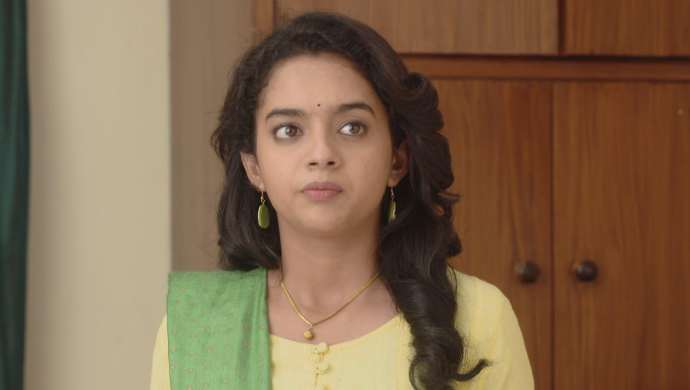 In tonight’s episode of Almost Sufal Sampoorna, Sai and Amol are talking about messaging Nachiket from an unknown number under Roseleen’s name. Sai wants to stop as she is feeling guilty but Amol encourages her to keep going on. During this, Sai’s Kaku approaches Sai and she has to quickly change the sim card.

Appa and Ajji summon everyone in the house as they want to scold them. Appa announces that everyone is so addicted to cell phones that they have barely finished the usual household chores. The miscommunication between Sai’s mother and Kaku proves Appa’s point. He says no one wants to do anything as they are busy on their phone. Ajji supports Appa’s accusations and reprimands the Ketkar family members.

Sai’s mother and Kaku try to deny Appa’s point but Ajji says they both ignored her while being so busy in the phone. Sai’s mother feels guilty to have ignored the elders’ orders. Then, Nachiket says that Appa is right and goes to apologise to him. As expected, Appa creates a fuss but Nachiket keeps apologising. After Nachiket is gone, Appa laughs and promises that he is going to throw Nachiket out the same way he proved to the family the disadvantages of a mobile phone.

Sai notices Nachiket is restless due to Roseleen‘s text message. She tries to take advantage of this situation and switches to another sim card. She, then, messages Nachiket pretending to be Roseleen and asks him to meet her. Nachiket becomes even more restless.