Almost Sufal Sampoorna: 5 Qualities Of Nachiket That We Love!

In Almost Sufal Sampoorna, Nachiket won our hearts with his sincerity and understanding. 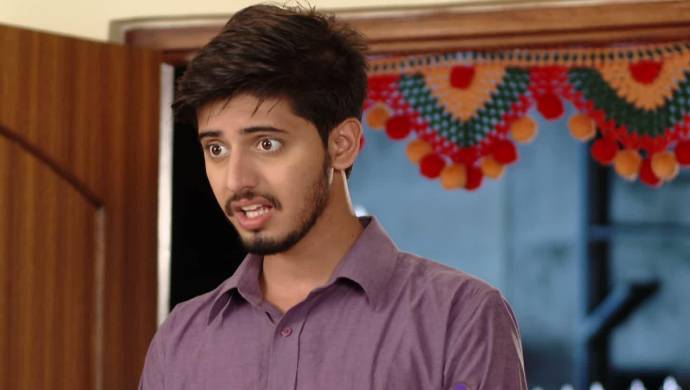 All our prayers were answered after Sai and Nachiket became friends in Almost Sufal Sampoorna. Thanks to Sai and the entire Ketkar family, Nachiket found a home away from home. Although the language is a barrier, that doesn’t stop him from getting to know Sai and forging a bond with her family. Especially, being super impressed with Nachiket’s nice attitude towards everyone, we are listing the qualities of Nachiket that we most admire.

Before you proceed further, watch an episode of Almost Sufal Sampoorna:

While speaking about Nachiket’s qualities, one cannot miss his inclination towards learning new things. Due to his excitement, he is also a fast learner. Like, the time when Nachiket was shooting his documentary which showed Sai cook various Marathi recipes. After seeing Sai, he, too, learnt to make the authentic Maharashtrian dishes within no time.

Even after barely knowing the Ketkars, Nachiket is always ready to help them. During Ganesh Chaturthi, Nachiket helped them set up the Ganapati Bappa’s idol and do the preparation. Not to forget, he also provided Sai’s mother with the grinder to help her make prasad. Now, he even showed Sai’s family that the person who they chose for Sai isn’t nice.

Even after born and bought up in a foreign country, Nachiket doesn’t have a superiority complex. He is honest and humble with the people around him. We have never seen him boast about his upbringing and comparing it to the Indian standards. Nachiket’s quality won audience’s hearts!

After coming down from Australia to India, Nachiket hasn’t lost his focus. Meeting new people and getting on in a new country can be fearsome, but he kept his documentary in mind. Like, most of us from the young generation, he is ambitious and striving hard to finish his documentary without getting distracted with a bad company.

Almost Sufal Sampoorna: 5 Types Of Kheer You Need To Know If Sai’s Kitchen…

Nachiket has always respected Appa and the whole of Sai’s family no matter what. Even though Appa humiliated him numerous times, Nachiket didn’t speak lowly of Appa. Instead, he understood where he had mistaken and apologised to Appa unhesitatingly. His respect for his elders is one of the qualities that we can learn from him.

After reading this, what do you think about Nachiket’s qualities? Tell us your thoughts in the comments below.