We have seen the restrictions which Appa levies on the Ketkar family. Some of them are simply ridiculous. 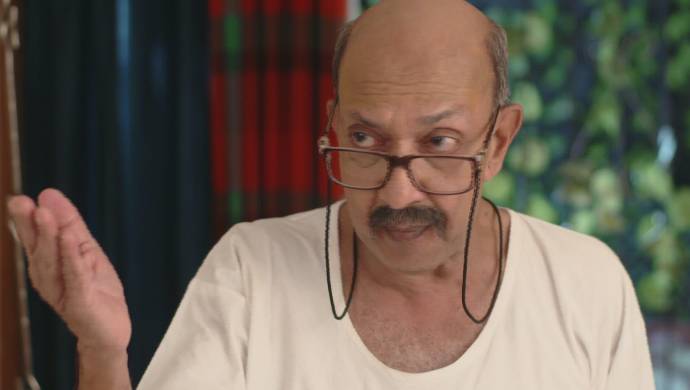 If you think your school had strict rules and regulations, then, you have to try living with Appa for at least a week. Following this, you will start appreciating the littlest things your school has to offer. Being with Appa is no joke, it takes dollops of courage to be that patient to stand his temperament. In some cases, we think Appa makes the most laughable rules in Almost Sufal Sampoorna which we can’t make sense of. Are you wondering what we are talking about? Have a look!

1. Not appreciating any other languages

As much as we love Appa’s love for the Marathi language, we don’t like his attitude of thrashing other languages. He doesn’t like it when the people around him speak in Hindi and won’t hesitate to shout at a random stranger for doing so.

2. Only listening to Marathi music

When you really appreciate the beauty of music, language isn’t a barrier. While completely ignoring the language, you can still appreciate the tune, melody and composition. But, Appa’s stubbornness prevents him from exposing himself from different types of music the world is offering today.

3. Ladies not allowed to dance

This might sound ridiculous, but it has really happened in the Ketkar house. Sai’s Kaku, who is a trained professional Bharatnatyam dancer, isn’t allowed to follow her heart because of Appa’s dominance. She even confessed how she had to give up her hobby after she married Sai’s Kaka. It honestly makes us really sad.

4. Unacceptance of food from other nationalities

We all are aware of Kaka’s love for Chinese Bhel. However, even after loving it so much, he can’t relish it in his own house in Appa’s presence. So, Kaka secretly has the Chinese Bhel when he is returning from the office so that Appa never finds out his secret. The absurdity of this rule just makes us laugh.

Appa hates mobile phones and had stopped his family from using the gadget too. However, Nachiket daringly took it upon himself to show the perks of using mobile. Even though mobiles can be addictive, one can’t forget the gap it is bridging between the two people who live far from each other.

So, we would love to know if you can take up the challenge of spending a day with Appa. Tell us your thoughts in the comments below.

Saajana: Who Will Teach Hari A Lesson?