Will he find out? Read the details inside to know more! 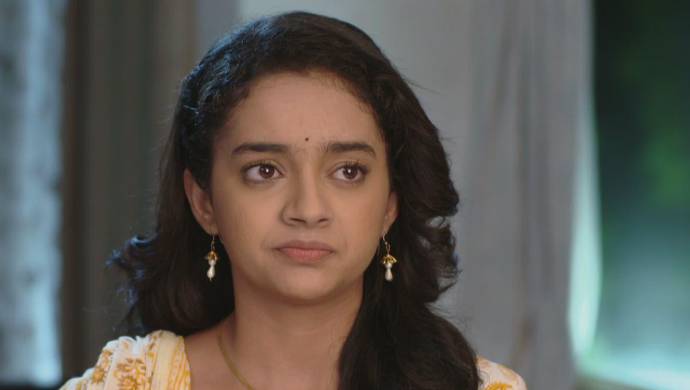 In tonight’s episode of Almost Sufal Sampoorna, we saw Sai visiting Nachiket to help him redecorate his house. Richa and Digambar are also present at his place and they come up with tactics to leave the two alone. Sai and Nachiket start redecorating the house, and she asks him to click pictures from her phone. But Nachiket pulls of a naughty stint and clicks Sai’s pictures instead. She learns of the same and chases him around the house.

Watch the latest episode from the show here.

While doing so, Sai and Nachiket share an intimate moment. They are interrupted by Richa and Digambar who end up teasing the two for their closeness. In the upcoming episode, we will see Sai doing something sweet for Nachiket. She will come across his shirt and will notice that one of the buttons on it has been stitched shabbily. Sai will pick up the shirt and walk out of her room, only to bump into Nachiket.

Almost Sufal Sampoorna: Will Nachiket Stop Sai From Getting Married To Someone…

She will attempt to hide the shirt from him, as she doesn’t want him to learn that she wishes to fix it for him. Nachiket will prod her on what she is hiding, and Sai will eventually end up revealing it. How will he react? Will Sai be embarrassed? Stay tuned to find out!

Catch all the episodes of Almost Sufal Sampoorna, streaming for free on Zee Yuva.

Saajana: Will Rama And Pratap Call It Quits?