In Almost Sufal Sampoorna, Nachiket decides to confess to Sai his feelings and his motive behind introducing Roseleen in their friendship. 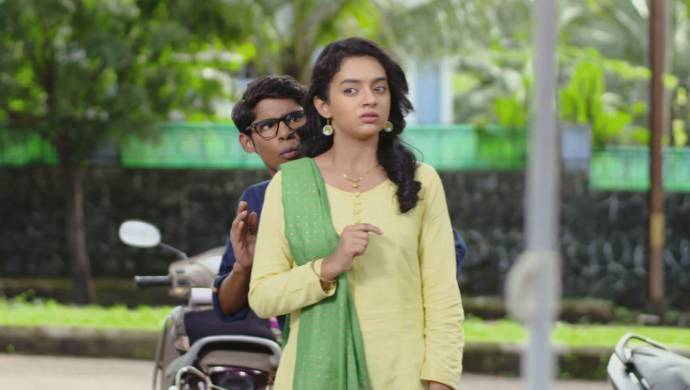 In tonight’s episode of Almost Sufal Sampoorna, Sai messages Nachiket under Roseleen’s name saying that she wants to meet him. Then, she gets nervous and goes to see Nachiket’s reaction. He is on edge because of Roseleen’s text when Sai’s asks him how he is doing. After Nachiket goes, Appa asks Sai if she is okay as he senses that something is wrong with her. Sai doesn’t reveal anything when Appa and Ajji both volunteer to know what is going on in Sai’s mind.

Nachiket, who is disturbed because of Sai’s pranks, goes to Richa and Digs and expresses his concerns. He tells them that it isn’t possible for Roseleen to be messaging him as she is not even real. He decides to get to the root of the problem and understand who is pranking him. Then, Nachiket calls Roseleen and the phone rings on Kaku’s number since Sai has forgotten to change the sim card. Kaku tells Nachiket, who is standing right in front of her, to stop calling her.

Nachiket gets confused with this whole scenario. Then, Sai goes to Kaku to ask for the phone and Nachiket realises that it is Sai who is playing a prank on him. He doesn’t know what to tell Sai in case she asks him why he lied about Roseleen to her. Nachiket becomes nervous and excited that he is going to meet Sai and decides to propose to her.

6 Behind The Scene Pictures The Cast Of Saajana To Brighten Up Your Day!