Appa's special guests have come to meet Sai. During this, she goes to meet Nachiket without telling anyone in the house. Find out what happens next! 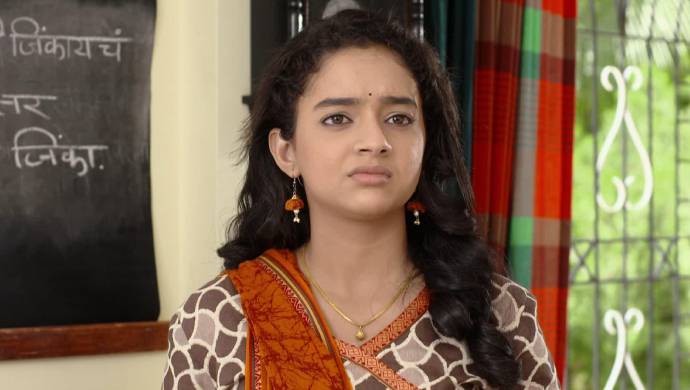 In tonight’s episode of Almost Sufal Sampoorna, Nachiket, who is going to propose to Sai, is busy making a special present for her. Meanwhile, Sai is tensed about her meeting with Nachiket the next day. As a result, she calls Amol to ask him if she is doing the right thing. Amol supports her and motivates her to go ahead. Later, Sai stands in front of the mirror and gives herself a pep talk to appear confident in front of Nachiket during their meeting. She’s so nervous about it that she isn’t able to get any sleep.

Meanwhile, as Nachiket is preparing to sleep, his phone starts to ring. Appa eagerly answers the phone and tells the person at the other end that he can’t wait to meet him. The next morning, Appa tells Ajji that there is someone special coming to their house. The guests, as it turns out, are the people of Marathi Mandal. Appa gets excited. He asks Ajji about Sai, who has gone to meet Nachiket.

Sai lands at the spot where she’s supposed to meet Nachiket and waits for him nervously. He he spots Sai and dreams about proposing to her in a filmy way. Nachiket soon stops day dreaming and as he makes way to approach Sai, she gets a call from home. She tells Nachiket that she can’t stay behind as Appa has called her home urgently. He is disappointed as Sai leaves.

Back at home, Appa eagerly waits for Sai to return as the guests inquire about her. He tells Ajji to keep Nachiket away from the house. Ajji gives this message to Kaku who calls Nachiket to inform him about Appa’s orders. During this, Sai comes home and doesn’t have an answer when Appa asks her about her absence.

Ditch Your Regular Blouses And Try These Styles Inspired By Priya Bapat, Sai…

Prem Poison Panga: Are You A Social Media Junkie Like Jui? Find Out With These Points!